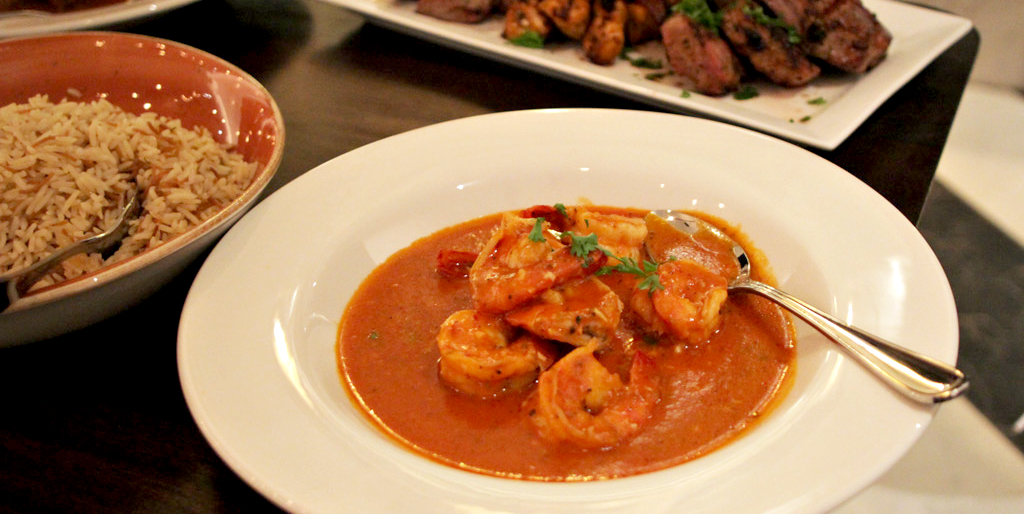 Tabülè restaurant began, in theory at least, as a birthday gift. Co-owner Diana Sideris bought her husband, chef Rony Goraichy cooking classes at George Brown after discovering his interest in kitchen gadgets while outfitting their first home. Goraichy gets some of his self-taught culinary skills from his Lebanese upbringing, but the evolution for the couple who met in the hospitality industry 20 years ago, now sees them owning and operating four restaurants and employing over 180 people across the Tabülè brand.

Their latest opened inside Bayview Village just a few weeks ago and is drawing on established Tabülè favourites with a few new twists.

Just a month after signing the contract that would see them open their first quick service location, Souk Tabülè in the Canary District, the couple received an email titled “We Love Your Hummus” from Bayview Village. It initially seemed like it must be spam, but the upscale retail mall was, in fact, courting them to fill one of their restaurant spaces.

In its first few weeks of operation, Tabülè Bayview Village has seen a swift influx of business to the polished and modern space, put together by Commute Design. Mall shoppers pass by the dozens throughout the day and, in exchange, Tabülè regulars are have been drawn to the shopping centre strictly for the Middle Eastern fare. Some patrons are claiming a seat at the eight-seat bar for a signature cardamom and honey latte or Arabesque mint tea finished with rosewater. Others enjoy the revamped cocktail program curated by Blowfish’s mixologist Nishan Nepulangoda. The Mzaar – named after the ski hill in Beirut that’s depicted in mural form on the dining room’s left wall – mixes gin, Cointreau, lime, cinnamon syrup and ginger beer. The Arabian Chiquita is made with Tromba tequila, Cointreau, fresh ginger, lime, grapefruit and fresh mint. While the majority of menu items follow their other locations, the top sellers are steering towards meaty offerings like chicken livers, lamb chops, whole fish and basterma – seasoned cured beef akin to a “Middle Eastern prosciutto” served with labni and arugula, then seasoned with olive oil and za’atar.

Over a dozen gluten-free and vegan options dot Tabülè's menu as well, for those that prefer to steer clear of wheat and animal protein. Dips of all kinds, pureed red lentil soup, fried eggplant with lemon garlic dressing, stuffed grape leaves and their famous arnabeet – flash fried cauliflower finished with a hint of tahini.

“Ten years ago we had cauliflower before any one else had it on the menu,” Sideris recalls. “No one ordered it in the first few months – we started giving it out for free. Now everyone’s got it on the menu.”

Operational expansion aside, Tabülè's locally sourced ethos and in-house butchering have not dwindled. Fish is sourced from Diana’s Seafood and meat comes directly from a local slaughterhouse. Whole animal butchery is done in-house, including a dry ageing program for their lamb. Chickens are farm-raised by Mennonite farmers and chickpeas don’t come from a can, but rather soak overnight before being transformed into fresh creamy hummus or crisp fried falafel.

Goriachy and his team make everything at Tabülè from scratch, save for the baklava, which comes from the venerable Patisserie Royale.

As their fourth establishment begins to flourish, the husband and wife duo are able to pleasantly reflect on their original Yonge Street location they built on passion and credit card debt.

“We haven’t thought too much about the future” says Sideris. “The ultimate dream is to live within a 15-minute radius of all our restaurants. I’m not thinking we’ll expand anytime soon… at least for the next  four months,” she chuckles.