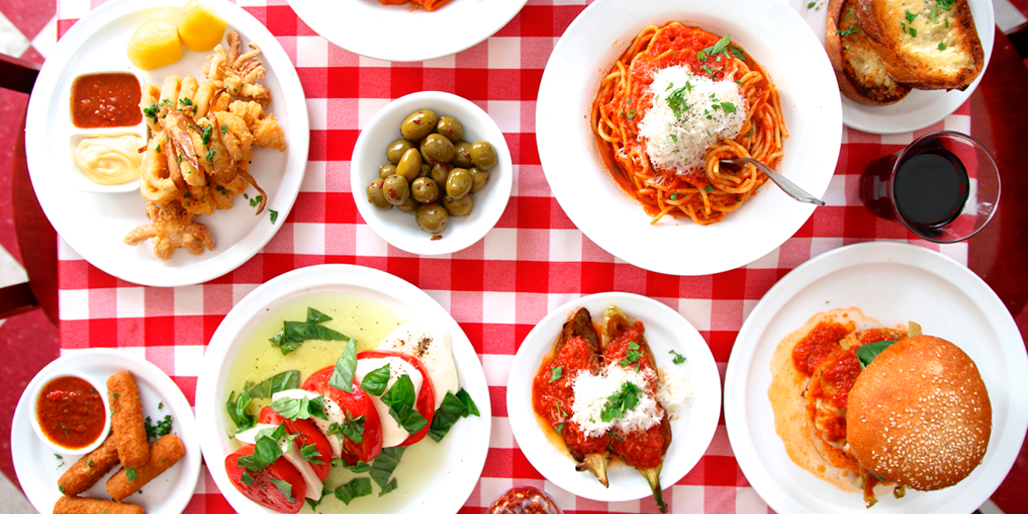 Since it first opened in Bloordale Village at Bloor and Lansdowne in 2017, Sugo has become something of a neighbourhood institution and the go-to spot for classic, Italian-American comforts. True to its name (which means “sauce” in Italian), Sugo is a red sauce joint owned and operated by Scott Pennock, Alex Wallen and Conor Joerin that has a handful of pastas and extra saucy sandwiches on the menu but, each week, a rotating pasta special makes its debut. Alongside the classic staples like the house-made ricotta gnocchi topped with whipped ricotta, basil and sauce and the spaghetti done in a classic veal and pork ragu sprinkled with parmesan, parsley and pepper, recent pasta creations have included a fresh pasta with cream and bacon and black pepper, and a distinctly green spaghetti with pesto cream topped with burrata. Pasta is the main attraction, but Sugo’s list of small plates includes additional Italian classics like stuffed peppers, meatballs, calamari, and a selection of salads and sandwiches. For those who still can’t get enough, Sugo’s housemade sauce is available for takeaway at $10 per litre.