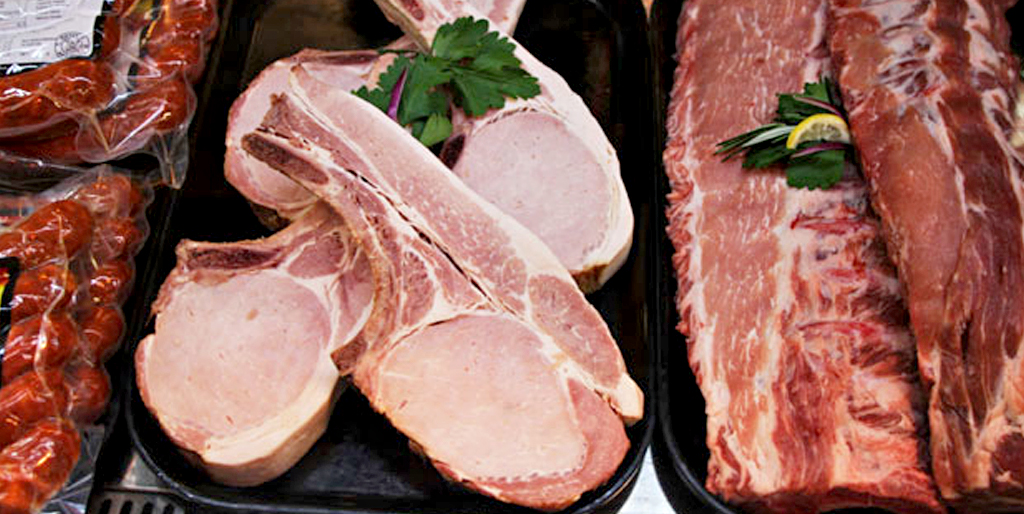 Build a streetcar right-of-way, and the condos will quickly follow. From there it's just a short jump to excellent restaurants and full-service butcher shops. Such is the course of events that helped bring Ben Latchford's Roast Fine Foods to Hillcrest Village. The meat-counter-meets-gourmet-shop has been open at St. Clair West and Arlington since the middle of December 2013.

Latchford has worked in Toronto butcher shops for over twenty years—mostly at Olliffe on Yonge Street. From this experience he established three guiding principles for his own operation: carefully source naturally-raised meat from local farmers, cut it and prepare it on-site, and offer friendly, neighbourhood-focused service.

His list of meat suppliers is a short one of well-known favourites. The lamb and veal at Roast comes from Belanger Organic Farms in Hillsdale, Ontario. Latchford carries both Ontario beef as well as the potato-finished product of PEI cattle farms. Perth Pork Products supplies all of his pork from their Tamworth and Berkshire pigs, and they also have commodity breed pigs raised naturally.

Roast Fine Foods' front of house manager Corin Frampton makes sure things run smoothly, while their in-house chef, Darryl Fernandes, has created a range of prepared meals that run the gamut from Chicken Chartreuse ($15) and Confit Duck Leg ($12), to comfort food favourites like Slow Braised Short Ribs ($15) and Mac & Cheese ($7). Roast can also help with those steps—boning, searing, or seasoning—that will make your guests think you've done all the prep yourself, at no extra charge.

When Latchford was thinking about the design for his butcher shop, he was inspired by a photo taken by his mother, Joan Latchford. She happens to be a well-known Canadian photographer and her photo of a mother showing her wide-eyed son a roast beef dinner set the tone for the decor that designer Jeremy Gladstone developed.

The shelves opposite the meat counter are stocked with a wide array of specialty food products that range from Vancouver Island Sea Salt (including the line of infused flavours) to a wide selection of preserves from suppliers like Manning Canning. The refrigerators beside them are full of everything from Nathan's kosher pickles to Cow's Creamery butter.

This short block of St. Clair West now has two butcher shops, as Roast Fine Foods joins the more old-school Macelleria Atlas. With the neighbourhood continuing to change, it will be interesting to see how this passing of the torch develops.