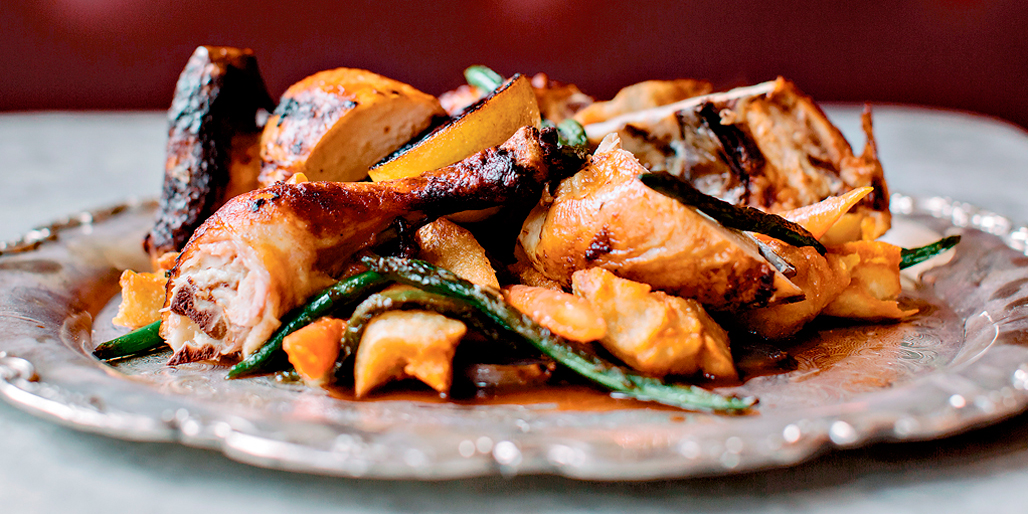 Who would have thought a second after ending the Black Hoof chapter the tireless restaurateur Jen Agg would work her magic in a storied Queen West space? Well she did, and it’s the eatery equivalent of a warm embrace. Le Swan's skinny room showcases its original spirit and is darkened conspiratorially, with tableside lights allowing for easy menu reading. A smart menu is half bistro classics, half diner fare, with parallels drawn between the two. On one side sit smoked trout rillettes. Their counterpart is a dizzying tuna melt, the cornichon-studded fish married to melty American cheddar. The sandwich boasts a full skirt of cheese for that extra level of decadence. A quarter rotisserie chicken, served au jus with roasted veg, is mirrored by the open-faced hot chicken sandwich — a greasy spoon pillar. The rotisserie chicken hops over onto a bread bed along with mashed potatoes, peas and plenty of chicken gravy. Meanwhile, tipples like the Amandine Sour with rye, almond and brown butter showcase the skill behind the bar. Le Swan's servers are highly knowledgeable and just the right amount of chummy, making patrons feel perfectly at home.