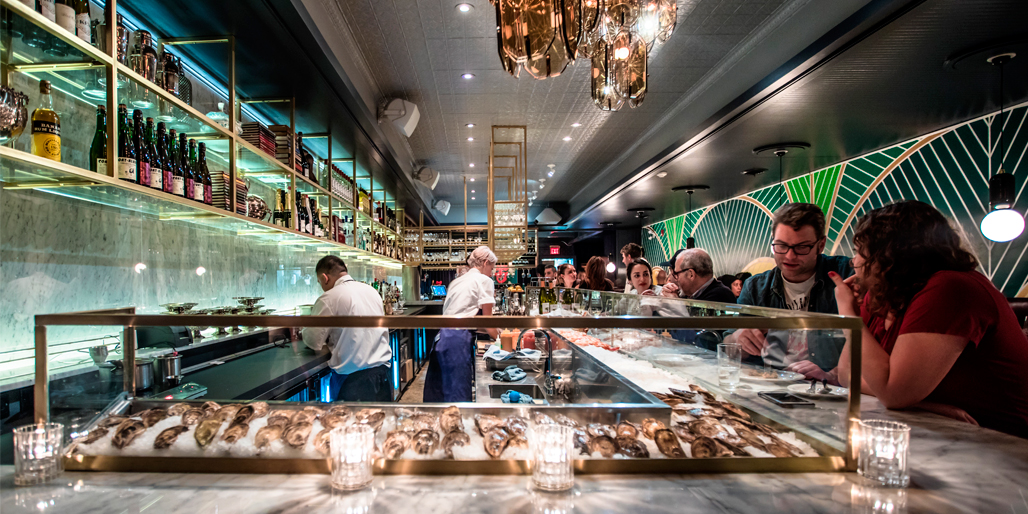 In French, avoir la banane means you’ve got a big grin on your face. So it’s fitting that, prior to opening La Banane, chef Brandon Olsen was known for his fried chicken and chocolates, food that tends to put smiles on faces. But at his contemporary bistro on Ossington, Olsen reaches much further in his quest for happiness. Inside, the space makes you feel like you’re part of the artsy crowd thanks to filmmaker Sarah Keenlyside, Olsen’s partner in life and love. Keenlyside worked with design firm Mason Studio on the interiors and outfitted the resto in works of art. Meanwhile, the cuisine is a spin on classic French fare with plenty of seafood from the raw bar. The menu changes at whim, but depending on the night you go, chilled king crab meets crème fraîche and cocktail sauce; an omelette gets a treatment of caviar (if you wish); and an 18-ounce rib steak is gussied up with some classic Bordelaise sauce, built on red wine, bone marrow and butter. And yes, one can’t help but order the well-named Ziggy Stardust Disco Egg, a dessert offering that is the child of an ostrich and one Jackson Pollock. Smash into it with a golden spoon and — voila! — truffles! Olsen’s work is done.