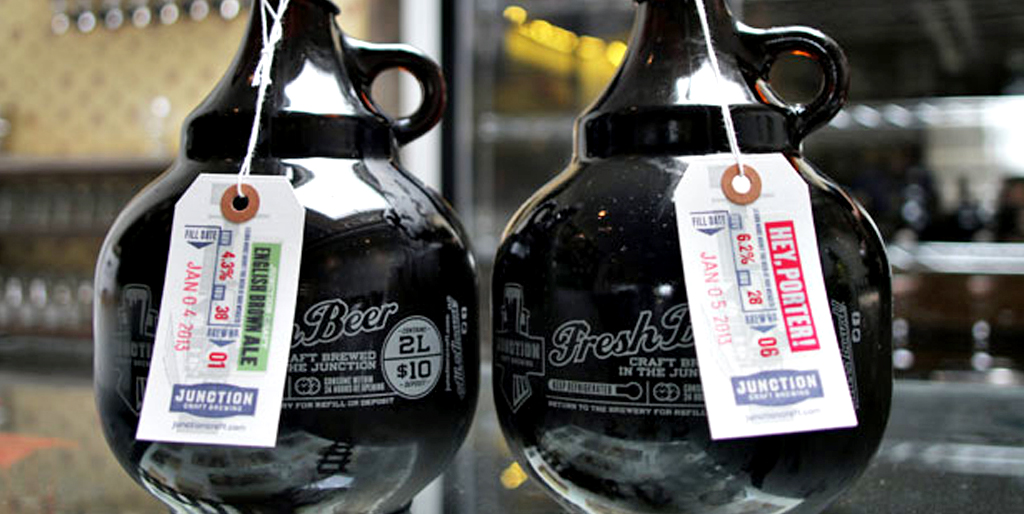 After existing as a dry neighbourhood for decades, the Junction now has two craft breweries: Indie Alehouse and Junction Craft Brewing, the latter of which recently opened a new tasting bar, retail outlet and brewery space on Cawthra Avenue. That’s a lot of craft breweries, given that all of Toronto has fewer than a dozen.

Tom Paterson, the brewery’s president, says that almost all of the customers that have been coming in either work or live in the neighbourhood. “We even get people crossing the train tracks from Weston to get here,” he adds.

The small-scale brewing system, which gives brewmaster Doug Pengelly the flexibility to do six batches a day, is set up right inside the door, with the six fermenting tanks on the left wall. Customers walk between the two to get to the tasting bar and the growler fridge. The whole space is at once an office, a brewing room and a retail operation.

The tap room and retail store are open to the public on Thursday and Friday evenings between 4 and 8 p.m. and on Saturdays from 1 to 8 p.m. As business builds, the plan is to expand these hours and to continue to use the space for events, including brewing classes.

Even with the new space, Wellington Brewery in Guelph will continue to brew Junction’s well-reviewed mainstay beer, Conductor’s Craft Ale.