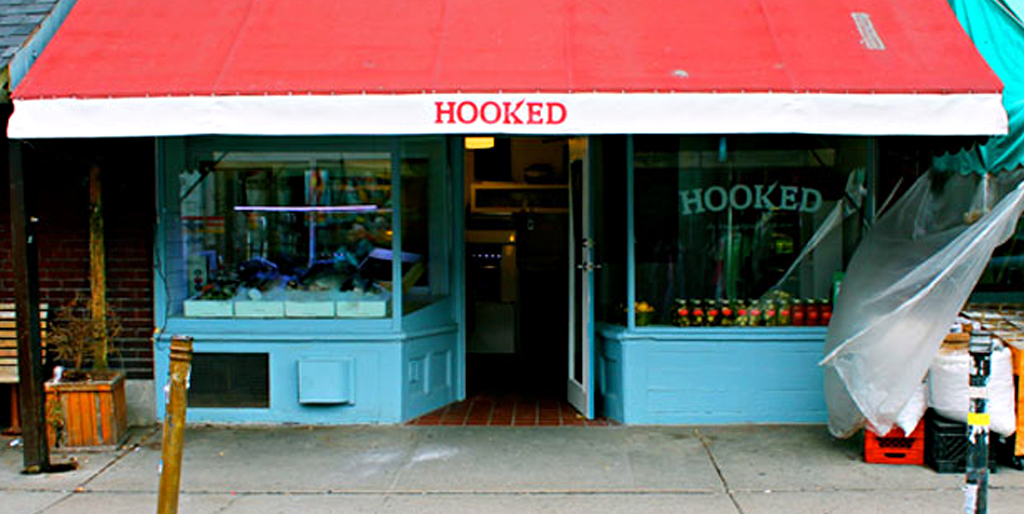 Kristin and Dan Donovan’s Leslieville seafood shop, Hooked, has been keeping east-enders up to their ears in sustainable fish since March of last year. Tapping into Toronto’s desire for ethically-sourced products ensured the duo’s runaway success, and they’ve already embarked on the next step, opening up a “wee shop” in Kensington Market.

Taking over the former Sanagan’s Meat Locker (which has moved just down the road), the new shop has been open for only a few days, but it’s already getting the response that the Donovans hoped for.

“Kensington felt right for us,” Kristen says, “and we knew we could offer something different.”

The Donovans make an effort to put a face to their fisherman; over the summer, the two of them made their way out west, where they met up with one of their suppliers: a 69-year-old fisherman who hits the ocean solo.

“We fished with him for a few hours,” she says. “It was really cool.”

We’re assured that the wares here are identical to those from the other Hooked location — just done on a smaller scale.

The Hooked front window houses a selection of fresh whole fish, while the counter is reserved for various fillets.

Additionally, they’ve been beer-brining and cold-smoking harpooned swordfish from Nova Scotia — a catch that’s fished by only six boats.

Other seasonal picks at Hooked include B.C. sardines and plenty of P.E.I. oysters. When we were there, eager customers were buying up slices of fresh octopus. To one side, accouterments like maple Dijon marinade and tartar sauce sit alongside pickled Ontario asparagus.

“It’s tiny and perfect — exactly what we wanted!” Kristin says. “We’ve got more up our sleeve. Just stay tuned.”