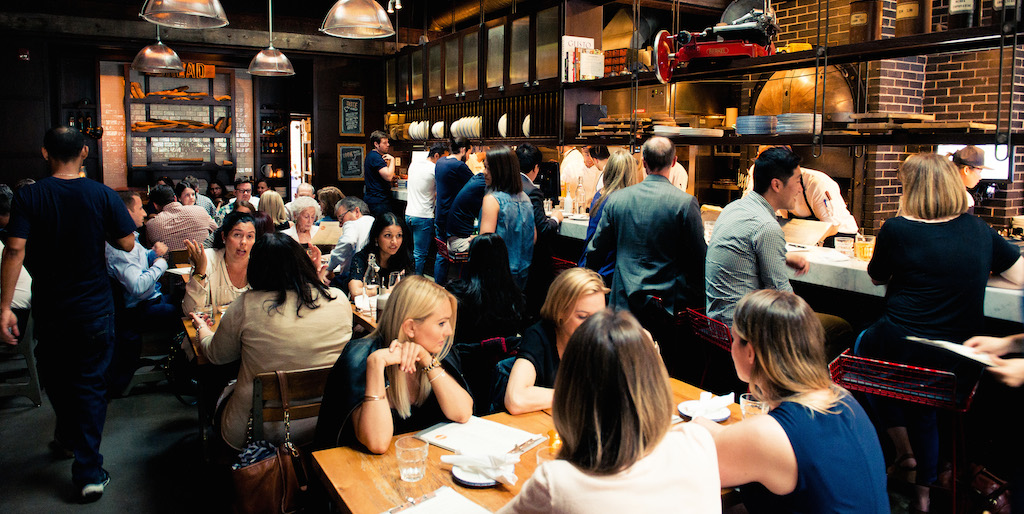 Gusto 101 is yet another Italian restaurant, but there are a few things that set it apart: the location was originally an auto body shop (it still retains its original exposed brick walls and steel beams), it features a unisex lavatory and, most importantly, it has an in-house winery, where the wine is served on tap for one dollar an ounce.

“When I was studying to be a pizzaiola in Naples, they told me that I should never serve beer with pizza, the reason being it’s yeast and yeast,” explains owner Janet Zuccarini. “Besides, there’s the Bier Market down the street, so I was like, what am I going to do with beer?”

So Zuccarini decided to eschew draught beer and put house-made wine on tap at Gusto 101 instead. “I got the idea, and then I looked into it and saw that it had been done in California, and there was one place in New York City. I went to check it out in New York, saw that there was no one doing it in Toronto, as far as I knew, so I brought it here.”

Zuccarini teamed up with friend and winemaker Alejandra De Miguel, who owns Vintage One Wines. Originally from Argentina, De Miguel imports the grapes from Italy, Chile and Argentina to make the house wines.

“This is definitely not the wine your nonno mixes in the garage,” Zuccarini says.

“I wanted to keep it Italian, because I am Italian,” say Zuccarini. “But I’m not afraid to experiment.”