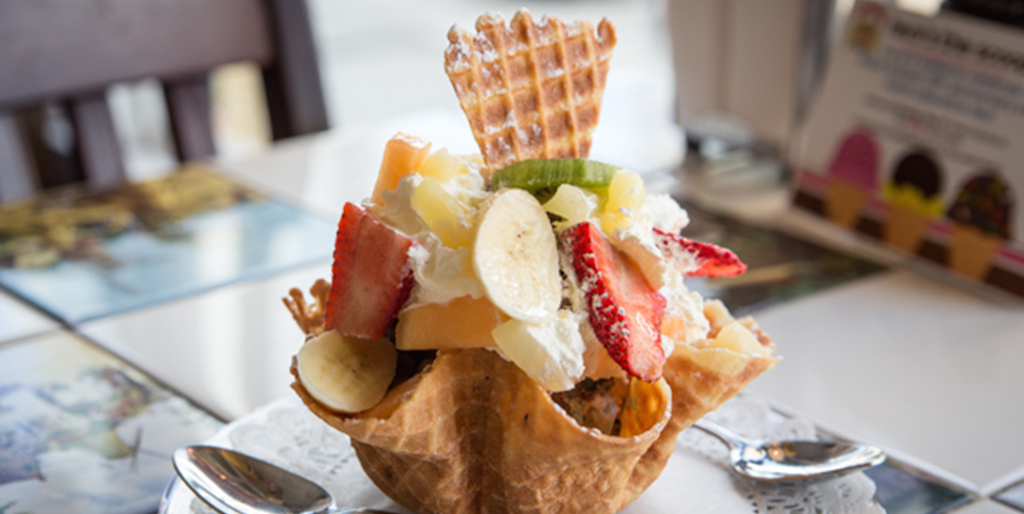 Since the 1980s Dutch Dreams has been serving up some of the city's most colossal sundaes. Since the beginning, the Aben family has passed down their kosher ice cream, pancake and waffle recipes, taking pride in preparing luxurious ice cream desserts their ancestors would be proud of. The inside of this quirky and eclectic ice cream shop is filled with figurines and trinkets that bridge cultures and generations. The frozen treats are fit for royalty, especially the Super Royal Dutch Baked Alaska which is found almost exclusively at Dutch Dreams. With a solid 15-minute preparation, this once sought-after dessert is lit up with a burning sparkler and fit for a king. The Royal Dutch Banana Split is also a fan favourite, served in a house-made waffle bowl with your choice of three scoops of ice cream, squeezed between a sliced banana and topped with the kitchen sink. At Dutch Dreams, they're making your ice cream fantasies a reality.