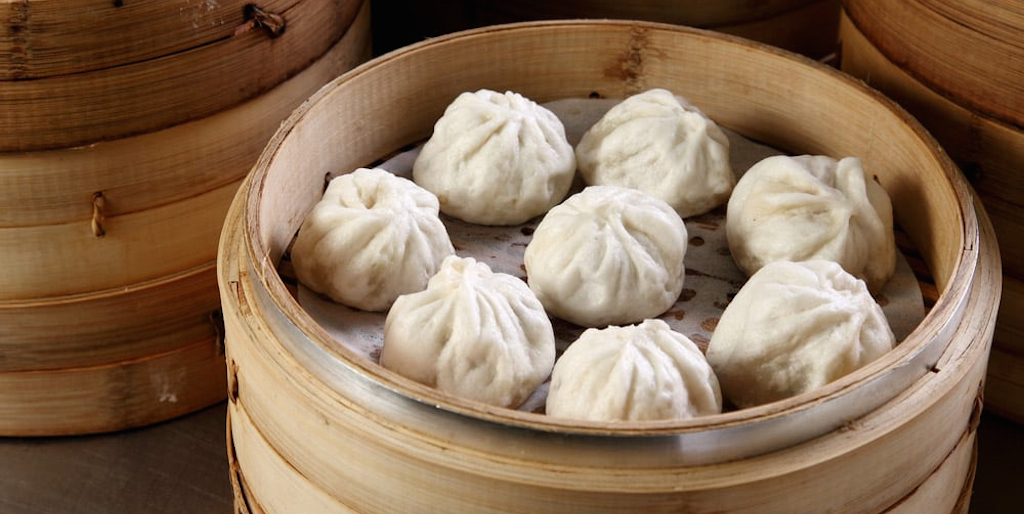 Chinese Traditional Bun is a hidden gem, tucked into a subterranean space in the midst of Chinatown’s cacophony. Don’t be deterred by the lackluster decor or the tables sheathed in trashy white plastic — this place knows its food. Buoyant dumplings and house-made noodles are created up front. In the back, against the dim of the TV playing overhead, diners tuck into lamb kebabs and steamed dumplings that reveal a centre of soup when bitten into. We fell for the Xi’an pork sandwich ($2.88), a.k.a. the rou jia mo, a traditional street food from China. There, folks will gladly line up for the famous ’wich; here, it’s gotten far less love. The star ingredient is pork, which is cooked in a spice medley that traditionally includes star anise, black cardamom, cinnamon, Szechuan peppercorn or other ingredients. Once incredibly tender, the meat is topped with green onion and coriander and stuffed into a round of flatbread. Some say it’s the world’s oldest sandwich — we just think it tastes really good.