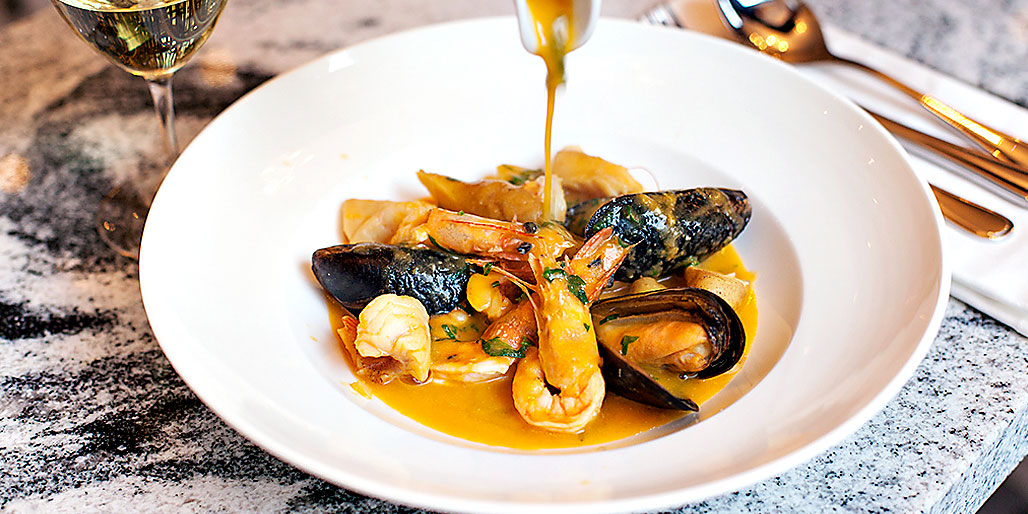 Exclusive and elite are part and parcel of the Yorkville experience, and the owners of Cava, a splendid Spanish tapas bar near Yonge & St Clair have gone to great lengths to detour away from those ideals at their newest venture Chabrol, with classically French trained Chef Doug Penfold cranking out dishes in this jewel box of a restaurant.

Limited in space but never imagination, Chef Doug is beaming to present his menu; he’s been the mastermind behind Cava’s food program since taking over from Chris McDonald in 2014 but has always dreamed of bringing his years of French ambition to fruition. The menu drips with Parisian charm; a nod and tribute to a dear friend and fellow Chef Claude Bouillet (Leopold restaurant) who passed away two years ago. Chabrol is located in Yorkville.

While Doug and partner Niall hadn’t originally planned on opening another location the culmination of Bouillet’s untimely death and stumbling into this alluring bit of real estate sped the process up dramatically. “Expansion wasn’t our plan, but sometimes a restaurant finds you”, offers Niall.

Christopher Madej is the sommelier (formerly of Auberge du Pommier) on the team, cultivating a list of (not surprisingly) all French wines, but don’t be surprised to find an old world Italian red to round things out in the future months. Note: Chaborl's liquor license is still pending With a limited amount of seats, (10 at the bar and a few more at the two-tops flanking it) seating is prime at this open kitchen restaurant but come patio season they’ll almost triple that number with another 36 spots outside- and due to its clandestine location, set a ways back from Yorkville Avenue provides ample people watching opportunities. That atmosphere is what lured Niall and Doug into the place, who originally were brought in by friends and owners of the adjacent La Boutique Noire to consult and redesign the space, which was operating as a café. Doug and Niall saw much more than just a café -- housed in a heritage building with floor to ceiling paned glass windows it clearly was beckoning for more than just croissants, and wisely the owners of the trendy boutique handed the keys over and they began a tidy two month renovation. The kitchen is the focal point of the space, there is no prep kitchen tucked away, so as ambitious as Doug may be, he’s certainly a realist when it came to designing the menu. While everything but the baguettes are made in house, the menu is an uncluttered collection of Doug’s finest French offerings. A classic Tartine ($13) is crowned with cured trout from John Bil at Honest Weight, garnished with chervil and resting on a slab of homemade bread. A crispy radish salad completes the starter, or simple lunch for those not keen on sharing.

Tableside treatment isn’t relegated to mains only, the Apple Tarte ($13), with its delicate sheets of pastry and roasted apple receives a generous draping of Calvados Sabayon poured tableside, a wise execution on such a showstopper dish. Apple tart ($13) served with a generous pour of Calvados sabayon.

Most of the décor is sourced straight from Niall’s own personal stash, including some of the antique glassware and table settings that he’s collected over the years. Inside and out, the allure runs deep at the newest Yorkville destination.