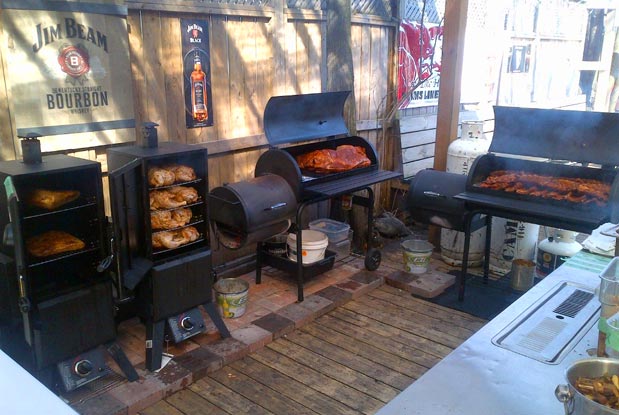 With the recent openings of such restaurants as Electric Mud BBQ and Aft, and with other smokehouses still to come, Toronto is on a barbecue blitz. Now, Queen West’s longstanding Cadillac Lounge is getting in on the action.

A current menu favourite is the Cadillac “Boss” Yardbird sandwich ($16), which stars pulled chicken, sautéed mushrooms, onions, aged cheddar and three smoked bacon rashers. The chicken is rubbed with seasoning (a combination of 20 different herbs and spices), and left to sit for one to two days. It’s then smoked on apple wood for six hours, pulled and mixed with Carolina mustard barbecue sauce (a sweet combination of mustard, vinegar and brown sugar).