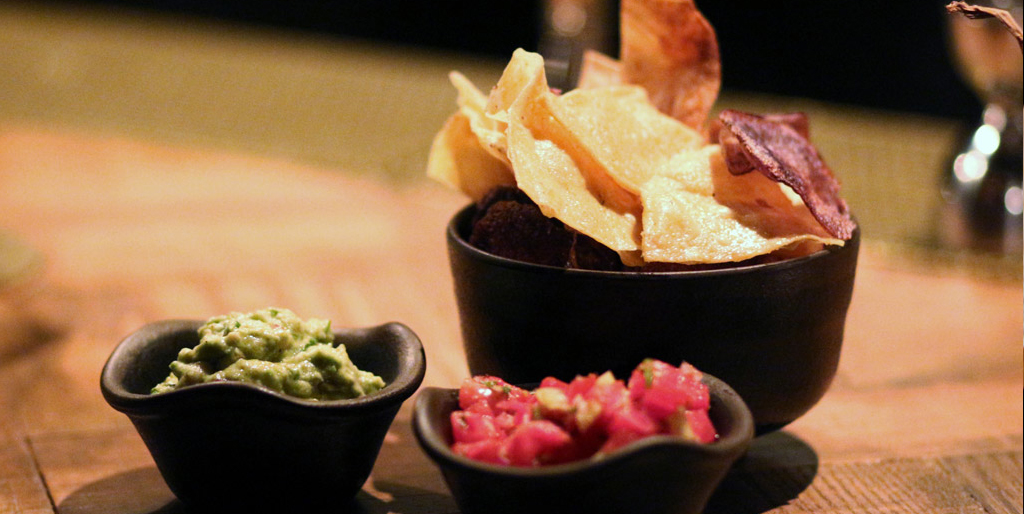 Almost six months to the day since Valdez closed its doors, chef Steve Gonzalez and the team returned. They moved just a hop, skip and jump from the former digs on King West and opened Baro (or Valdez 2.0) in a 15,000 square-foot space spread over four floors. The main-floor dining room serves a variety of snacks and share plates. The second floor is home to a raw bar and is also an après dinner hangout.

For the lucky few who will be blessed with the password (which changes daily), the Escobar lives on. You still enter through a sort of fridge door that unlocks a modern speakeasy that is heavily guarded. You either already have to know a member of the staff or make your best efforts at befriending one to gain access. The third floor is an events space and the rooftop patio is where Gonzalez hosts his ever-popular rooftop cookouts. But those who were former fans of Valdez will feel a sense of familiarity while entering Baro. For starters, the front entrance is still filled with tropical plants and greenery before you enter a wooden tunnel to the main floor dining room. Solid Design, who were also behind El Rey, can take credit for the modern space complete with marble, custom solid brass architecture, and aged mirrors.

Gonzalez likes to describe the menu at Baro as “Valdez classics with some new Baro dishes.”

His infamous CGS – chips, guac and salsa ($15) make a triumphant return, with a member of the kitchen staff churning out guac around the clock. This is served with housemade chips — made extra salty to ensure you’re thirsting for drinks.

One of Baro’s bragging points? Its elevated cocktails via bar manager, Wes Galloway (formerly of Byblos). The self-proclaimed “honey nerd” sources his jungle honey (literally honey made by bees that have pollinated in the jungle) and his love of molecular cocktails is what sets his creations apart from every other joint charging this much for cocktails.

The Aztec Old Fashioned ($18), a take on the classic version, differentiates itself with the use of reposado and mezcal. The Bogota Sour ($18) mixes passion fruit, pink guava, egg white, lime vanilla and almond for a frothy and full mouth-feel kind of drink.

To soak up all the booze there are Gonzalez’s ceviches, with two varieties to choose from, alongside carpaccio, empanadas, and other big and small plates perfect for sharing. The empanadas ($16), a nod to Gonzalez’s Colombian heritage, are chock-full of ground beef, lettuce, American cheese, pickles, onions and sesame seeds.