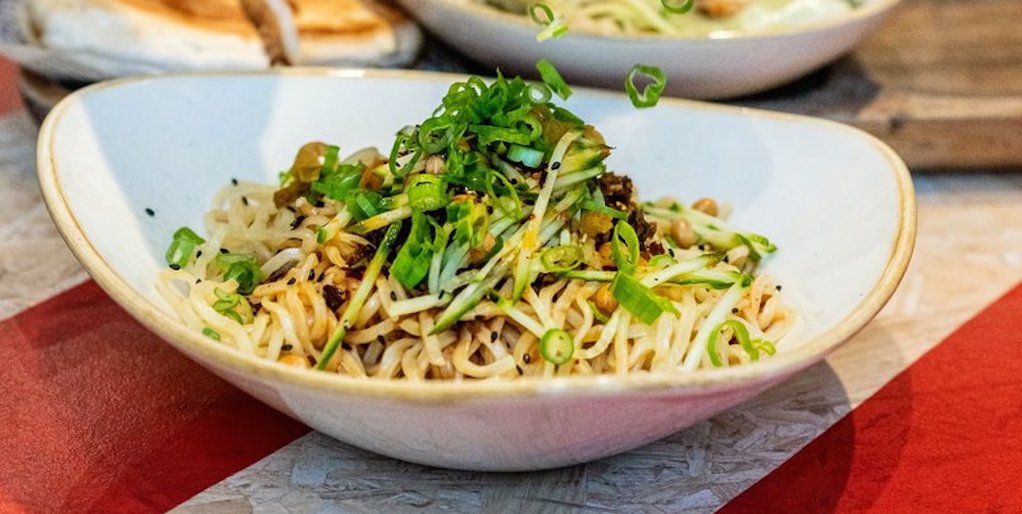 North York's beloved Artisan Noodle has opened up a cool and cosy downtown outpost with Artisan Plus. This spot is home to northern Chinese delicacies that are often rare to find in Toronto, like the hand-pulled noodles or a jia mo, which can best be described as a Chinese hamburger. The flavour combination of soy and vinegar mingles with light spices, making whatever meal or snack served satiating without feeling heavy. There are plenty of vegetarian options, as well as a tofu cheesecake with mango sauce for dessert, and Artisan Plus does not skimp on portion size, but the biang biang noodles have been known to sell out, so what are you waiting for?