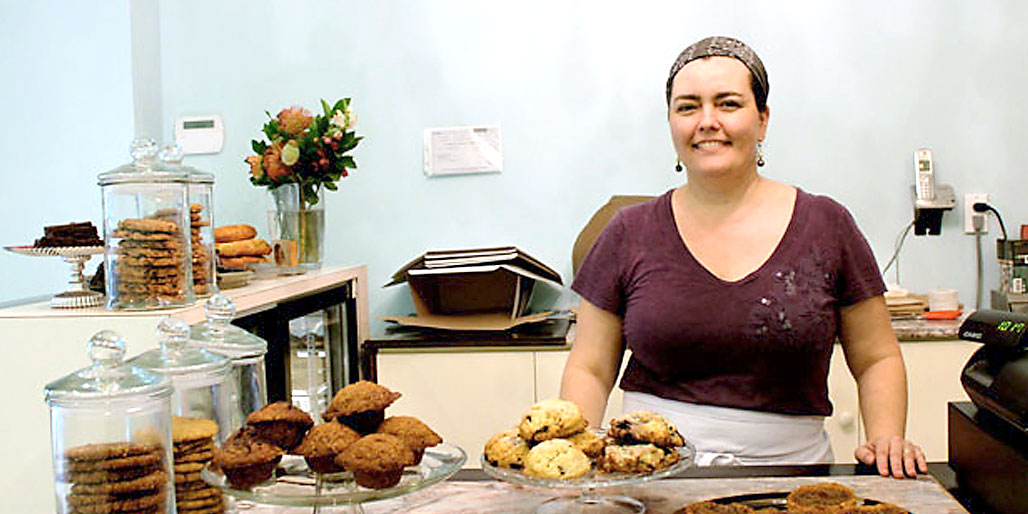 Sitting pretty amidst the hustle and bustle of Chinatown East, Gerrard St. Bakery is a welcome reprieve from the street-side chaos. Outfitted in a baby blue paint job and finished with a sumptuous chandelier, the space has seats for six, though folks are mostly getting the goods to go. The star attraction is the aforementioned cheesecake ($6), flavoured with chèvre from Montforte Dairy — which gives a bit of a kick while preventing overt sweetness — and topped with the likes of wild blueberry or lemon.

Other baked treats have a bit of retro flair. Mom’s recipe for carrot cake ($7) sits alongside grandma’s butter tarts ($3), though the corn syrup from that recipe has been replaced with maple syrup. Savory sandwiches ($6) come with a roster of fillings — including curried veg and goat cheese — which are baked into the dough, making the sandwiches mess-free for that TTC trek.

In terms of coffee, the espresso beans hail from Rufino; the drip stuff comes from ChocoSol (as does the chocolate).

With two growing boys at home, Mut has a lot on her platter. The kids however, “definitely like to do taste testing!”