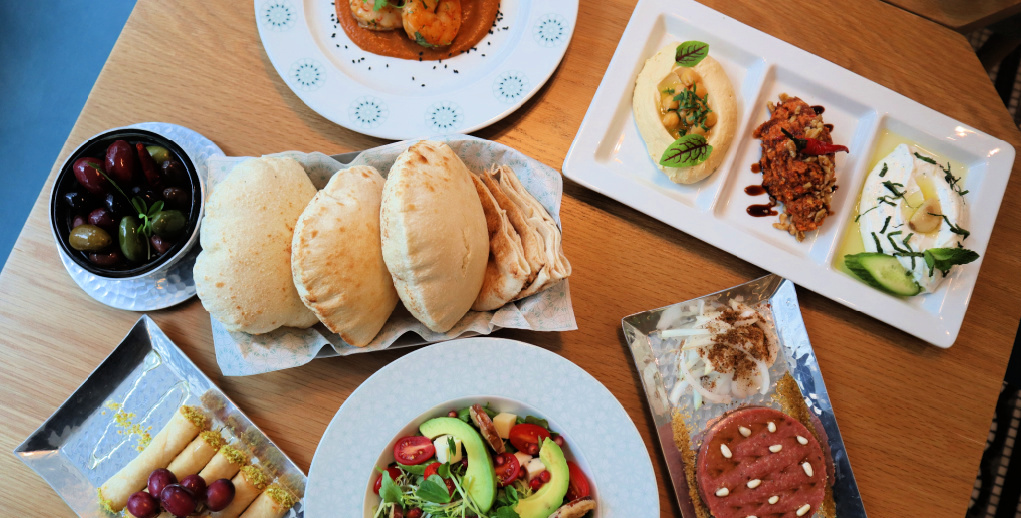 Amal Toronto is a decadent restaurant from INK Entertainment, the hospitality group behind notable Toronto spots like Byblos and Patria. As INK’s first Lebanese restaurant, Amal is a particularly personal project for the brand’s Beirut-born CEO Charles Khabouth. “It’s all the hits from my childhood,” says Khabouth of the menu. With much of its decor and plateware imported from Lebanon, Amal looks to create an immersive experience for diners. Most of the staff, including executive chef Rony Ghaleb, are also Lebanese. “There's a lot to learn from the menu,” explains Khabouth. “No matter how knowledgeable a server is, it's never the same as someone who grew up watching their mother cook it and eating it every day. So it adds another layer.” The name “Amal” comes from a Lebanese word meaning “hope,” a fitting moniker for a restaurant that aims not only to channel the flavours of Lebanon but the convivial way food is enjoyed in Lebanese culture – it’s a celebratory vibe that harkens back to the pre-COVID era of dining.

Ghaleb puts a modern riff on traditional Lebanese dishes, including dips, hot and cold mezze, and skewers. Warm spices, fresh herbs, and bold but approachable flavours are common themes throughout the menu. Everything is designed to be shared. The sampler platter gives diners a choice of three of the restaurant's four classic dips served with puffy rounds of pita. This one features garlic labneh, muhammara, and hummus. The Kibbeh Nayeh is velvety beef tartar dusted with bulgur to add a slight crunch, along with house spices. The Truffle Rakakat, which are Lebanese cheese rolls wrapped in phyllo, have a pleasant sweetness thanks to honey, mint, pistachios, and a garnish of grapes. The Grilled Tiger Shrimp is served on a thick, flavourful spiced tomato emulsion and topped with a sprinkling of cilantro and micro sorrel. The Passion Blossom is slightly creamy thanks to the addition of passion fruit puree, which is combined with vodka, jallab rose water syrup, Lem-Marrakech bitters, lychee liquor, and lime juice. Although the cocktails are the highlight of Amal’s drink options, the restaurant also offers a lengthy wine list, including over a dozen by-the-glass options, that zig-zags across the globe. Amal takes over the space of INK’s former restaurant La Société but you’d never know it from looking at the decor: La Société’s dark, moody glamour is completely gone, and replaced with bright and airy Mediterranean vibes.

Designed by Studio Munge, Amal Toronto’s interior is sleek but welcoming, with elegant sofas and geometric-patterned cushions creating a lounge-like atmosphere. Details such as a hand-painted tapestry ceiling and pendant lighting add a sense of place. Powder blue, gold, and pastel green accents pop against a canvas of floor-to-ceiling white. “It came at the right time after the [restaurant] closures and everything else,” says Khabouth. “Amal is such a happy place.”