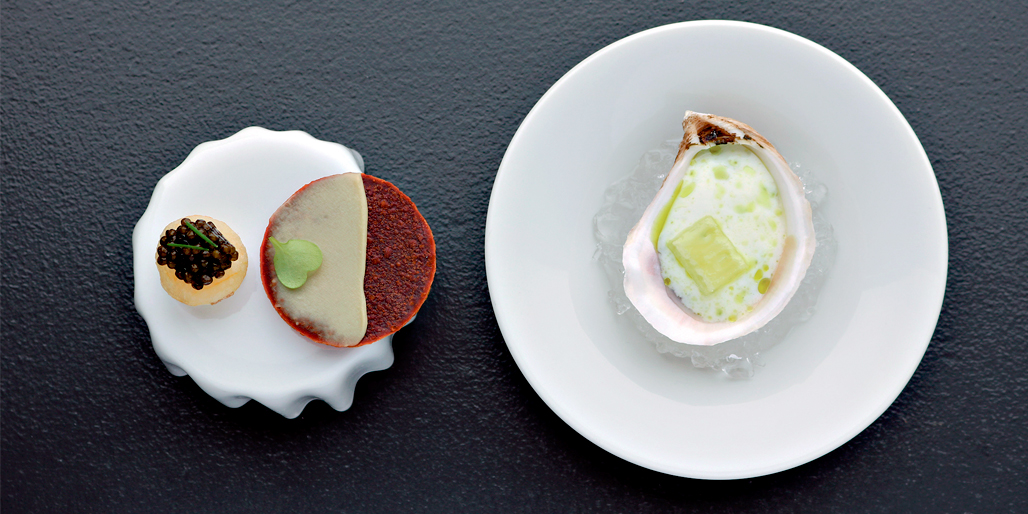 Situated atop a heritage building at Queen Street and Spadina Avenue, Alo is one of those names that makes foodies stop in their tracks. Helmed by chef Patrick Kriss, one of the hottest names in the city’s food scene. The classically prepared, contemporary French cuisine and the ambience, alongside the exclusive nature of the reservations, make it the home of the most coveted seats in town. “Its tasting menus aim to make luxuries approachable while elevating time-honoured favourites,” says operations manager John Bunner. The menus change depending on the seasonality and availability of ingredients, ensuring that each dish is fresh. “Alo offers its guests a continuing relationship in spaces where the deliciousness of the fare is met with a passion for hospitality,” he says. The interior, a modern masterpiece, is in stark contrast to the Victorian building that houses it, but the contrast furthers Alo’s allure. The food is so good that reservations are made months in advance for two month blocks. Kriss’s culinary empire also includes Alobar in Yorkville, and Aloette in multiple locations.