Restaurant Review: Fring’s, Susur Lee’s King West collaboration with Drake, is about as bad as you’d expect - Streets Of Toronto
Skip to content 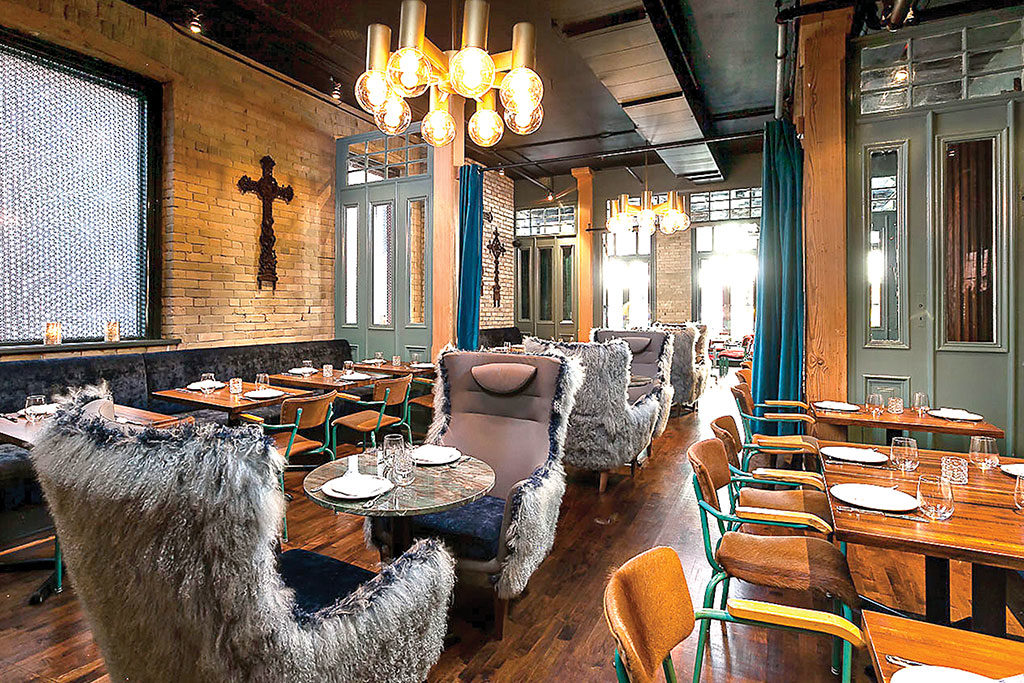 Fring. What is a fring? The server says it’s a sauce made basically of ketchup and mayo. Which only slightly blows my mind. I’m still trying to figure out why one of the best chefs in the world (yes, the world!) opens a restaurant called Fring’s in collaboration with a rapper. Susur Lee’s name is on the menu as chef and owner; his partner is Drake, and it’s tough to get a reservation at Fring’s.

Fring’s is gorgeous, warehouse chic at its hyper-coolest. There are old brick walls punctuated by curlicued iron artworks.… A big slab of illuminated marble. Perforated metalwork screens in pretty patterns. A fab sculpture with coloured lights on the ceiling above the maître d’ station at the entrance where very busy and clearly very important young women don’t meet your eyes.  Mongolian lambswool on the backs of the club chairs down the middle of the dining room. The clever aesthetic of Susur’s wife Brenda Bent (along with her partner Karen Gable) is the imprint here, at its most entertaining.

The menu is a hybrid of bar food and fusion. Okay, we’re at King and Spadina. Makes sense. Although I mourn for Susur’s haute cuisine, if this new MO is fantastic, I’ll make do. But c’mon. Crispy chicken sliders? The menu says they’re with melted cheddar cheese and remoulade; the server says the sauce is mostly fring — mayo and ketchup — and the result is the same fried chicken sammy that’s being overused all over downtown. It’s the quiche of the post-millennium.

Then there’s the Asian — spicy tuna tartare with tempura crisps and corn sesame chips. The tuna is nice if you like a $24 app. We can’t find any tempura crisps, and the chips are good. I like Loblaws’ corn chips too. Not so different.

This from the chef who’s famed in culinary circles for his iron-fisted control of both his kitchen and the front of his house. Whose bar was not high, but stratospheric. Who was begged by financiers with deep pockets to open restos in New York and Washington. Jetted to Singapore first class to cook for billionaires. And was worth it!

Susur Lee’s name is on Fring’s, but clearly the maestro isn’t in the kitchen.

One evening we wait an hour for our main courses and both arrive lukewarm. The beurre blanc on the $32 prawns has thinned out, and the so-called French potato cake seems like a combo of leftover potatoes and overcooked peas. The $38 lamb chops are gristly. The J.K. fries we ordered (clearly a homage to Jamie Kennedy, another great Toronto chef no longer in the kitchen) never arrive. Nobody offers us dessert.

I understand if Susur Lee, at sixty-ish, having been standing on his feet sweating in kitchens since he was 15, no longer wants to do it. I respect that choice. I also understand about branding and how tempting it must be to put your name on the project — and the menu — and reap some benefit from all those years of hard work. But I can’t help feeling sad, as a fan of Susur’s superb artistry, that it’s come to this.