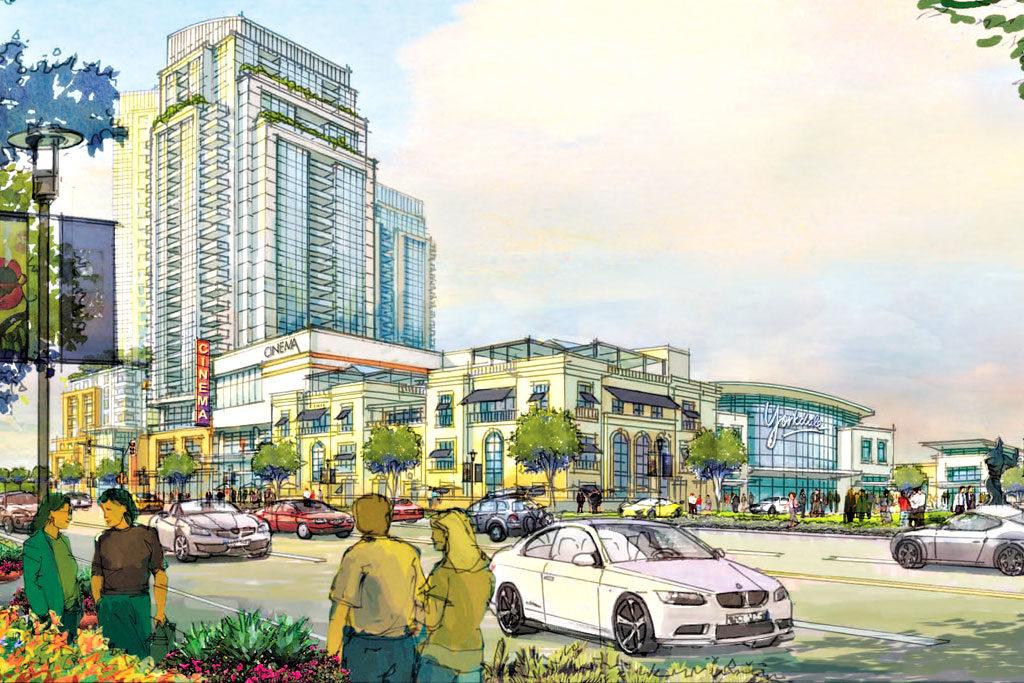 Ambitious plans for an expanded, mixed-use development at Yorkdale Shopping Centre, known as the Yorkdale Block Master Plan, have raised concerns from residents. An open house public meeting was held in late November to discuss the conceptual plans and address concerns over traffic in the area.

If the proposal for a long-term intensification proceeds, additions to the plan may include several 30-storey residential condo towers, offices and an eight-storey hotel: potentially over a dozen new buildings over a 20-year growth phase.

Even with underground parking, adding 740 to 1,500 new residential units and a 200-plus-room hotel, along with more office and retail, will create more issues in an area already dealing with unprecedented traffic.

“If there was an area of concern, [traffic] was it, loud and clear,” said Claire Santamaria, director and general manager of Yorkdale, who attended the open house. She noted residents’ frustration and wanted to have proactive conversations before concrete plans were made.

“Transportation already is strained under the pressure of Yorkdale.”

Paolo Falsetti, president of the Yorkdale West Community Rate Payers’ Association, attended the meeting and called the plan “intense and concerning.” He said the proposed highrise towers “are not part of the vision, streetscape and/or public realm that we as residents anticipated.” He added, “Our neighbourhood is already very heavily congested.”

He was concerned adding residences and offices would “not only significantly increase neighbourhood and area congestion, but also increase other negative impacts … like street parking, noise, air and environmental pollution.”

Ward 15 councillor Josh Colle said, “The transportation infrastructure already is strained under the pressure of Yorkdale,” and he added, “The existing road network is really just not enough.”

Colle said he introduced a motion to have Toronto City Council and City Planning and the TTC examine transportation and transit options for Dufferin Street. Both Colle and Santamaria said they’ve discussed some big ideas, many of which emphasize better connection to the nearby highways.

“I think all these things have to be examined. Certainly Oxford [Properties, co-owner of Yorkdale] … would have to be at that table with input but also with dollars,” Colle said.

The Yorkdale Block Master Plan is now under review by city planning.