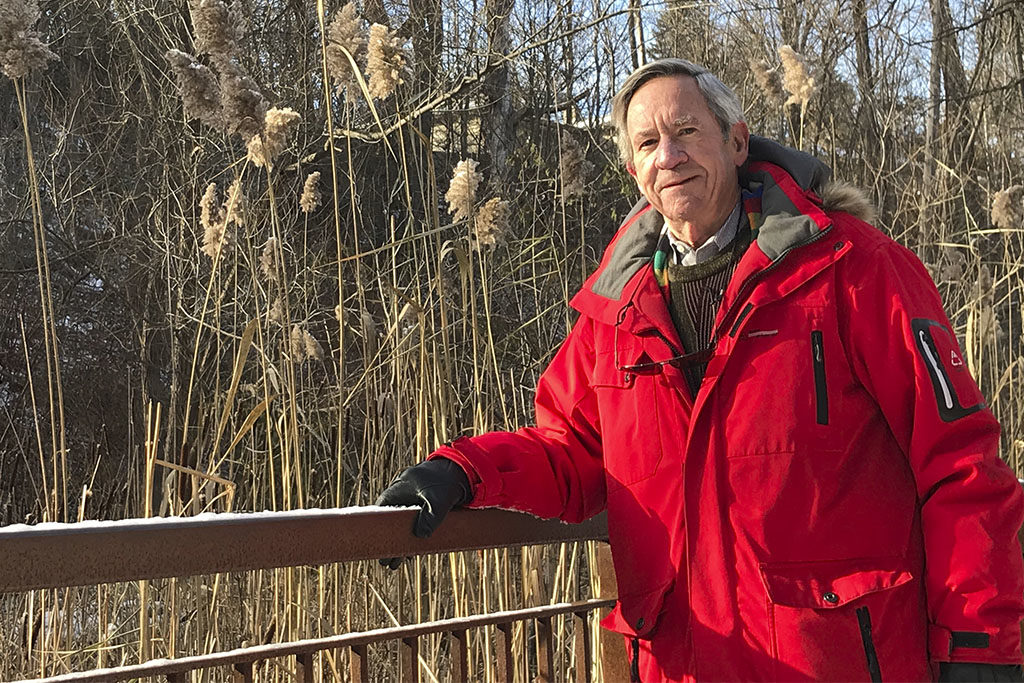 Toronto’s ravines, which cover 17,000 acres, are valuable in so many ways. They provide essential ecological services, including flood protection and cleaning the air; they make our properties more valuable and provide abundant mental health benefits. And for a few kids that can peel their eyeballs from Instagram for an afternoon, they are an unparalleled place of recreation and imagination.

Yet if you head into any ravine in the Don Valley today, alongside a myriad of native species from towering oak to brightly coloured sumac there are invaders storming the flora gates. According to a new ravine study, the growth of invasive species is one of the main culprits pushing the ravines to the verge of collapse and putting at risk one of the city’s defining and most beloved features.

A few years back, TD Canada Trust valued the city’s urban forest at a whopping $7 billion. So why is the city letting it all happen?

Sure, Toronto has produced a ravine strategy, but it is, according to some critics, more focused on human connection to the ravine and less on the science that would preserve the ecosystems for future generations.

This new reality prompted a group of residents and forestry students to produce the Toronto Ravines Revitalization Study that has just been published. The study’s conclusion calls for, amongst other recommendations, establishing a Toronto Ravine Conservancy to better facilitate the much-needed restoration work before it’s too late.

But will the city allow such a thing to occur?

The study has a history that dates back more than 40 years when, the first battles occurred in Rosedale, pitting local residents against developers hungry to maximize the bottom line by edging their new apartment buildings as far down the slope of the Rosedale Valley Ravine as possible. Sound familiar?

It was a battle led by the South Rosedale Ratepayers’ Association and local resident Margaret Scrivener, who would go on to become an MPP and cabinet minister. (Scrivener Square was named to salute her work in protecting local ravines).

Her son Paul grew up tromping the ravine trails and got involved with the Toronto Field Naturalists when he was older. He soon became active in the North Rosedale Ratepayers Association and continued the same fight first led by his mother.

“We went out to the community and raised money, got corporate donations and got to work.”

He and Dale Taylor initiated the first Rosedale Ravine Study, published in 1977, which looked at the Park Drive, Moore Park, Rosedale Valley and Burke Brook ravines in the Don Valley.

“We went out to the community and raised money, got corporate donations and got to work,” said Scrivener. “At the end of the day, we had a study. A scientific piece of work that counted and assessed and recognized there were invasive species.”

In 2014, Taylor and Scrivener, realized almost 40 years had passed and the ravines were getting worse, so they decided it was time to revisit their work. The new study was led by University of Toronto forestry students Eric Davies, a PhD student, and Anqi Dong, who has a masters degree in forest conservation.

The team limited their study to five different areas of the Don.

“The one thing that really jumps out is invasive species,” said Davies. Whereas the original study indicated a 10 per cent rate of invasive species, a few decades later that number had grown to 40. The chief culprits are Norway maple, dog-strangling vine, Japanese knotweed and garlic mustard.

Native plants have no natural defences against these invasive species and inevitably lose more ground each year.

Norway maple, for example, in addition to outcompeting and shading out all other vegetation, releases a toxin in its sap, which repels insects. So that keeps away the caterpillars, upon which  birds and squirrels feed. A healthy forest is a biodiverse ecosystem that is in balance. Invasive species destroy that balance.

“We need to get rid of invasive species but need to have native plants ready to plant back in there,” said Davies.

“Once [invasive species are] removed, if the health of the ecosystem isn’t strong enough to quickly rebound, you can be putting in a lot of time and resources for not a lot of traction.”

The issue of resources is key.

Local councillor Jaye Robinson said that there are many residents who would love to play a role in ensuring our ravines are maintained as a vital city asset. But convincing union leadership to allow that is a challenge that will have to be tackled.

“The health of the ravines is something that personally I’m very passionate about,” she said. “I’m very aware of what’s happening and very concerned.”

Robinson was active when the city’s Ravine Strategy made its way through Toronto City Council, moving a number of motions to include things such as Ecological Integrity, a Parks Canada tool used to measure the state and health of ravines.

Separately, she has pushed for fast-tracking measures to protect the environmentally sensitive areas in Sherwood Park.

But she recognizes that the city faces a big backlog.

That’s why the ravine study team landed on the idea of a local group modelled after New York City’s Natural Areas Conservancy.

“You take what the city has got and then elevate that capacity scientifically and with the funding required to get the job done,” said Davies.

Now, instead of relying on city and conservation authority staff to pull every weed and plant every sapling, Scrivener envisions a volunteer brigade investing their own sweat equity to keep the ravines healthy.

In fact, Scrivener has already had conversations with the Toronto Botanical Garden about the idea.

“We want to see an action plan come into place because it is everybody’s job to deal with this issue,” said Scrivener. “The house is on fire. We need to put the fire out and fix the damage before it’s too late.”