T.O. tenants are struggling to meet landlords' demands with rent on the rise
Skip to content 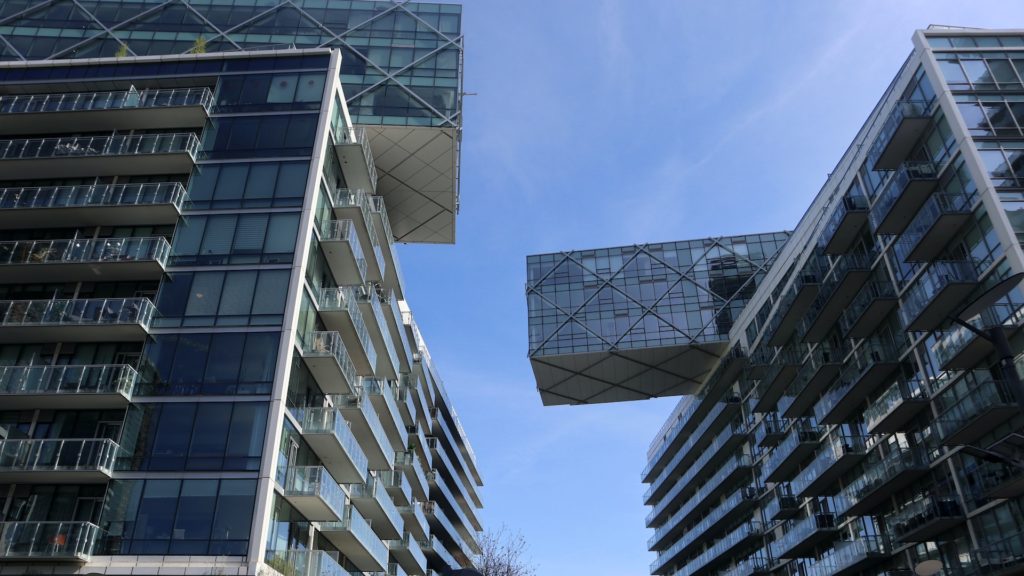 When Aaron started looking for a place to move into with his partner after moving back to Toronto from student housing in Kingston, he had no idea he would be fielding questions about the longevity of his relationship with his partner from landlords.

Aaron, who requested his name be changed, spotted a unit he and his partner liked and sent in an application within 24 hours of the place being listed. By the end of the day, he was informed that they wouldn’t be getting the place, namely because the pair didn’t make enough money.

“We decided to get a co-sign as a last-ditch effort, but that wasn’t really offered to us as an option,” he said.

Soon after, the landlord called Aaron and his partner to schedule an in-person interview with the landlord. “I think some aspect of the interview was questioning whether the relationship with my partner was going to last the year’s contract,” he said. “It was probably a combination of us being young, not having enough money and not having lived together as a couple. It felt like an active attempt to find reasons to decline us.”

After the interview, Aaron and his partner didn’t hear anything from the landlord, other than to let them know that the rent would be raised by $50 – apparently to match an offer made by another prospective tenant.

In today’s hot rental market, it’s becoming increasingly common for landlords to be as particular as possible in finding a tenant, asking intrusive and illegal questions and raising rates on a whim. And young tenants are paying the price.

A June report on rental rates across Canada by Rentals.ca found that Toronto had the second-highest rent rate increase country-wide, behind Vancouver. The average rate for a one bedroom increased 15.7 per cent year-over-year to $2,133, and the rate for a two bedroom increased by 21.5 per cent to $3,002. Toronto also had the lowest average unit size across Canada, with an average of 727 square feet.

The provincial government also announced a new maximum rent increase for 2023 last week, increasing the amount landlords can raise rents next year from 1.2 per cent to 2.5 per cent.

“When the pandemic hit, it was a race to the bottom [in reducing rents],” Ben Myers, president of Bullpen Research & Consulting who did the analysis for the June report, said. “Now we’re seeing the reverse.”

Myers said the return of employees to the downtown core, students to school and tourism to the city have all put upward pressure on rental rates. But he said the recent increases in the past six to eight weeks are due to rising interest rates, which have softened the housing market and deterred buyers that would have been moving out of the rental market.

Landlords listing their units can see how fast units are renting and for what rates, Myers said, prompting them to price their units higher and higher. With so much demand, landlords are becoming increasingly particular about what kinds of tenants they want.

Kyla and her partner had been renting a basement unit in Toronto before she was informed by the city that the unit was illegal and she would have to move. She’s been looking since April for a new place, and she’s seen rental rates steadily rising, even within the last week.

“Prices are just ridiculous right now. I found a place for $1,800, sent in my application and was approved by the landlord. But then an hour later he messaged me to say someone else had offered $2,000, and I could still have it if I paid $2,100,” she said.

Compared to previous times Kyla has tried to rent a place, she it hasn’t been difficult to find available units. “It’s just nobody can afford it.”

She’s also been asked to pay for multiple months of rent in advance, though a landlord legally can only ask for a deposit equal to or less than the amount of one month’s rent. “But if you say no, even though they can’t do that, you’re off their list, right?”

She said she experienced something similar for another unit – after sending in all her information and being asked by the landlord to come in to sign the lease, he stopped communicating with her. The following day, Kyla spotted the apartment, originally listed for $1,500, being relisted on Kijiji for $1,950.

Heather, who has been living in the same unit in the 905 with her partner for four years, was told by her landlord that he would be using the house for himself and they would need to move out in 60 days.

Since starting the hunt for a new home, Heather said it’s been a very frustrating process.

“We were paying $2,000 a month in rent for a three-bedroom home, and now, for that price, you can get a one-bedroom in Toronto,” she said.

She has encountered landlords with what she describes as “very high standards,” making it difficult to get approved. “One wanted us to write an essay to them to tell them about ourselves and include photos,” she said. “It felt so strange to basically beg to get a home.”

Heather also has two cats, which made it difficult to find a place — landlords cannot legally put a clause in a lease stating no pets are allowed, but they can refuse a prospective tenant who has one.

The place Heather ended up finding was over $1,000 a month more than her previous place, and the landlord asked for a security deposit of $500 for her pets, along with postdated cheques up front for the year. Both are illegal under the Residential Tenancies Act.

Karen Andrews, a lawyer with the Advocacy Centre for Tenants Ontario, said that a landlord who is asking for illegal things up front is a bad sign. Depending on whether the landlord lives in the same building as you, she said it could be best to lie about having a pet or a partner move in so as not to ruin your chances of getting a unit.

When landlords ask for multiple months of rent, she suggests negotiating to keep the deposit as small as possible. “But ultimately a tenant is not in a good position to negotiate on the strength of what the law says — that’s not a tenant any landlord wants.”

Rose Marie, a representative from the Small Ownership Landlords of Ontario, admitted that landlords will often now ask for information or rental requirements that are legally not allowed to be asked in Ontario.

Marie said landlords are being more particular in terms of what tenants they accept because of the past two years, when many tenants were unable to pay their rent. When landlords filed for rent arrears or eviction, Marie said the Landlord and Tenant Board (LTB) often took a year to get to the application, causing landlords to lose “tens of thousands of dollars.”

“Now landlords are so terrified to rent, they’re moving to the short-term rental market or leaving their units vacant,” Marie said.

But a shortage of units isn’t what tenants are struggling with – it’s the inability to afford them. “Four years ago, I was paying $670 in rent for a one-bedroom in Toronto,” Kyla said. “And my wages stayed the same, but now I’m paying triple. People ask, ‘Why aren’t you saving up for a house?’ And I’m just wondering: ‘How would I?’”

Heather is someone who does want to save up for a house, but now, paying an extra $14,400 a year in rent compared to her previous place, she’s losing hope. “It’s incredibly, increasingly difficult to save for a home when the cost of living is going up.”

There isn’t exactly hope in sight just yet. Myers predicts rental prices will remain strong for the rest of the year at least. “We’re not even back to 2019 levels yet,” he said. “In Toronto, rent rates went down really fast, and they’ll come back really fast too.”