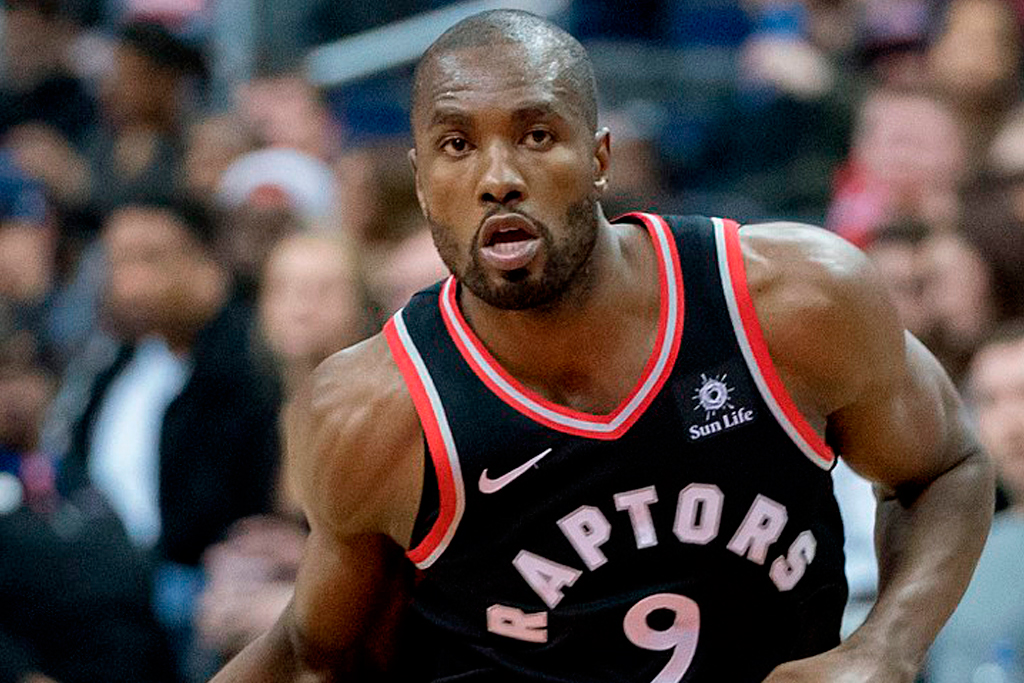 Two of the city’s most popular athletes of the last couple of years signed with Los Angeles-based teams over the weekend as the Toronto Raptors set themselves up for a run at the big free agents class coming next season, which includes the grand prize Giannis Antetokounmpo.

First, in a heartfelt goodbye, Serge Ibaka announced a decision to sign with the Los Angeles Clippers. Yes, the same team that lured away Raptors Playoff MYP Kawhi Leonard a season ago.

In a post on social media, Ibaka expressed his appreciation to the city in which he won his first championship and became something of a local celebrity thanks to his online cooking show How Hungry Are You?, his entertaining talent show during the spring lockdown, and his fashion battles with teammate OG Anunoby.

“I was welcomed to a new country and a new team more than three years ago and I felt at home from day one,” he wrote. “I feel really blessed to have played for this city, these fans, and this organization.”

Yesterday, news broke that Marc Gasol was always signing a new deal with Los Angeles, but this time it is with the reigning NBA champion Lakers.

Gasol was brought to Toronto as the final piece of the Raptors championship puzzle midway through the 2018-19 season from the Memphis Grizzlies. His leadership and defensive prowess proved exceedingly valuable, but the tall Spanish centre might be best-remembered for his epic wine drinking and partying during the team’s championship parade in Toronto.

shout out to marc gasol. there’s no championship without this guy and im so grateful we had the chance to watch him play for us.

this was one of my favourite moments. gasol complete free and happy and wasted at the parade, as he should be. HE A CHAMP! pic.twitter.com/LDCHjNVGtt

Although an incredible basketball talent, Gasol was slowed last season as 12 years in the NBA have begun to take a toll on the lumbering fan favourite.

Neither player can replace Ibaka and Gasol, but the Raptors GM Masai Ujiri seems to be playing the long game here with one eye on Giannis and other free agents next season and one eye on remaining competitive this season. The team’s top-five still includes the beating heart of the team Kyle Lowry and his heir apparent in Fred Van Vleet alongside NBA All-Star Pascal Siakim who is looking to rebound from a poor performance in last season’s playoff run, the new most fashionable man on the team OG Anunoby and Norm Powell.

The NBA is set to open training camp on Dec. 1 with the season getting underway on Dec. 22. Toronto Raptors will begin the season with Tampa, Florida as their home court due to COVID-19 restrictions in Canada.