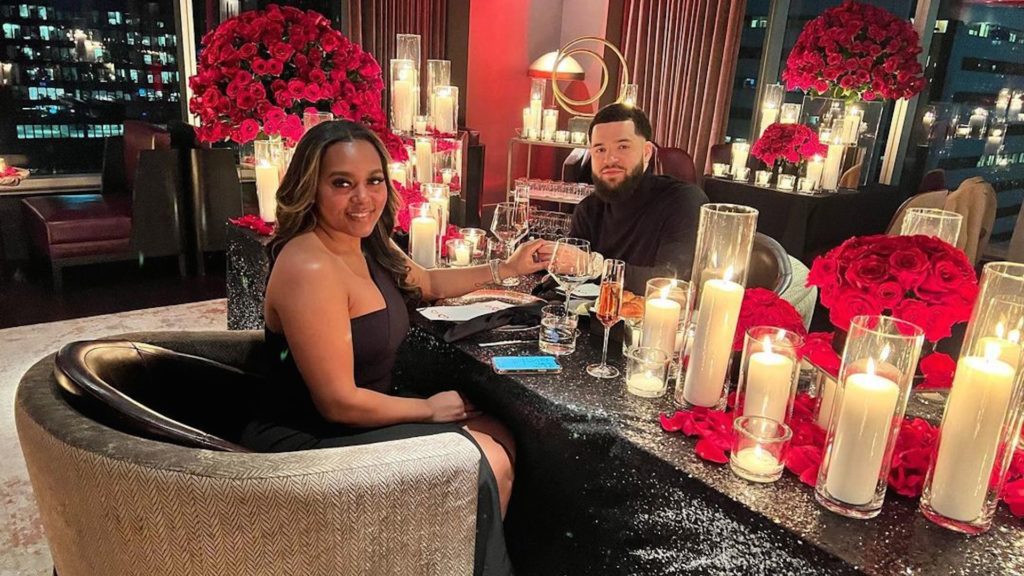 Fred VanVleet is officially off the market. On Sunday, the 27-year-old Toronto Raptors’ point guard proposed to long-time girlfriend, Shontai Neal, and the lovebirds took to Instagram to share the news.

A photo posted by VanVleet, shows him holding Neal’s hand as she proudly shows off a massive diamond ring and gazes back at him. He included the caption “FYM” and added three hearts on fire emojis.

“I am literally the happiest girl in the world right now. This is seriously the best feeling ever, I am on cloud 9. It feels so surreal to finally be marrying my best friend and soul mate of 12 years. Everything about this night was amazing. Thank you for everything babe, I love you so much,” Neal captioned her post.

Neal also shared a selection of photos from the elaborate proposal, lensed by celeb photographer, George Pimentel, including what appeared to be a downtown Toronto hotel room filled with an abundance of red roses and lit candles.


Shortly after the announcement, the congratulatory messages began pouring in.

“My twin on a roll this week congrats family” exclaimed Raptor’s global ambassador, Drake, who was also alluding to the fact that days earlier, VanVleet was voted onto the NBA all-star team for the first time.

VanVleet and Neal were high school sweethearts and attended college together at Wichita State in Kansas. The couple shares two children, a four-year-old daughter, Sanaa, and their two-year-old son Fred. Jr.

Back in 2019, VanVleet, who was born in Rockford, Illinois, told Elle Canada how much Toronto had come to mean to him.

“It’s really adopted me and my family, and embraced us with open arms. I think people here relate to me and my story. It’s been an unbelievable experience to live here, going on year four now, and it’s going by fast,” he said.  “We love it here. My kids love it. My daughter is a dual citizen. I definitely could see myself living here for a long, long time. Canada is really like a second home for us. This has grown into a place that we love to be.”

VanVleet made his league debut with the Toronto Raptors in 2016, and signed a multi-league deal with the team. According to bleacherreport.com, VanVleet is having his best season, leading the Raptors in scoring with 21.6 points per game.