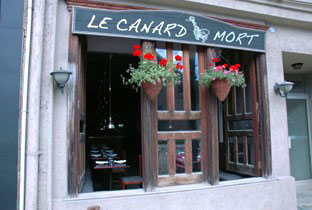 After less than two years, east-end gastropub Le Canard Mort has closed. Its final day of service was April 27. The restaurant was known for its elevated pub fare, which included a popular Yorkshire pudding. According to owner Richard Henry, the reason for the close was simply that the restaurant had run its course.

“I just decided it was time,” Henry says.

Henry will be opening up a new restaurant in the Le Canard Mort’s space, but he gave no specifics other than the fact that it will be a bistro-style eatery.

Henry has had a string of closings in the past year. Last spring, he replaced his Le Rossignol restaurant with the short-lived Toucan Taco Bar, which shut its doors just this past December.