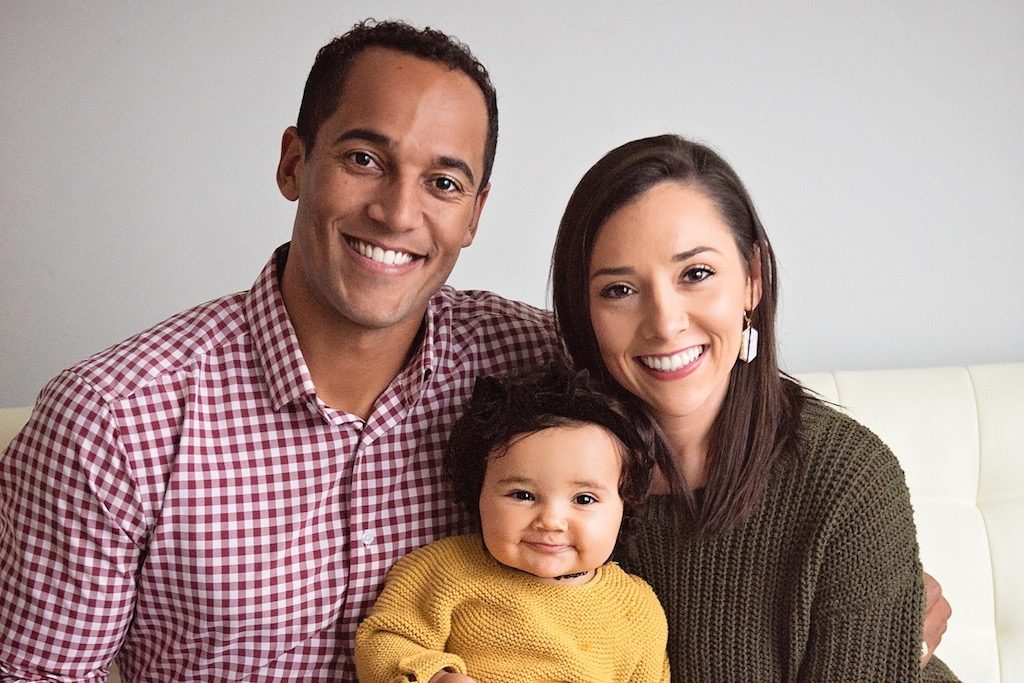 With the retirement of Ricky Ray, James Franklin will be stepping in as the Argos new starting quarterback when they kick off the season on June 22. We caught up with Franklin to learn a little more about his life off the field with his wife Kaylee.

Technically we met on Instagram, but ended up meeting in person at my best friend’s high school graduation. I had just gotten to California to train with a quarterback coach, and I was going to take a picture and post it on Instagram.

I opened the app and her picture was there, and she wrote that she just got to California. It took me about two hours to comment but I finally did. Then I tried to find her on Twitter. I went through about 200 Kaylee Thompsons and finally found her and sent her a private message. After messaging, we found out we had a mutual friend and met up at his graduation.

Our first date was in Norman, Oklahoma in 2013. I was supposed to show up at 9 a.m. but showed up at 7 a.m. I was excited. So I got to her parents’ house and talked to them for about two hours while Kaylee got ready, and then we left to go to a three-on-three basketball tournament I was playing in.

The entire hour drive there and back, I talked about my first girlfriend. I was just so nervous and excited, but that was all I could talk about. I can’t believe I did that now.

Then we went out for dinner where I stood my menu up on the table so it was blocking her line of sight. After we ordered, the waitress tried to take it, but I told her I wanted to keep it. Every now and then I’d pull the menu down and tell Kaylee I thought she looked nice. In my head I was doing great, but in reality it was terrible. There was even an older couple there who gave Kaylee a look like “What in the world is he doing?”

Then we went to the movies, followed by dessert and then to the park to talk. At this point I had calmed down a lot and started acting “normal.”

At the end of the night, I walked her to the door thinking “This is when they always kiss in the movies.” But I didn’t want her to think I was going to. So after about 20 minutes of mostly silence, I asked if I could give her a hug. She said yes, and it was about a minute long.

Afterwards I was speechless and couldn’t say any words and she said, “Have a safe trip home James.”

I proposed at the restaurant she used to work at, and the owner recorded it. Kaylee thought she was just talking about her experience at the restaurant in the video. My parents were there and her parents were there. I asked them how they met and to tell their story. Then it got to me and I told our story, and at the end, I said: “I was speechless and didn’t know what to say, but now I do.” Then I just confessed how I felt and asked her to marry me.

We got married on July 5, 2014 in Texas. It was exactly one year and one day after we met. We then went on an eight-day honeymoon in Puerto Vallarta, Mexico.

We have one daughter who is 15 months old, and her name is Adelynn Rae Franklin. We have another girl on the way named Brinlee due in August.

I don’t think it’s a secret, but we make sure to communicate as best we can. The better we communicate, the more we know about each other and can give each other what we need. We are both people of faith, and keeping God in the centre of our marriage is always when we are the strongest.

Once I retire, I see us having three kids to raise in Oklahoma, me doing some small coaching, owning a couple of rental properties, doing a lot of evangelism and motivational speaking, being a faithful family and hopefully being very happy!