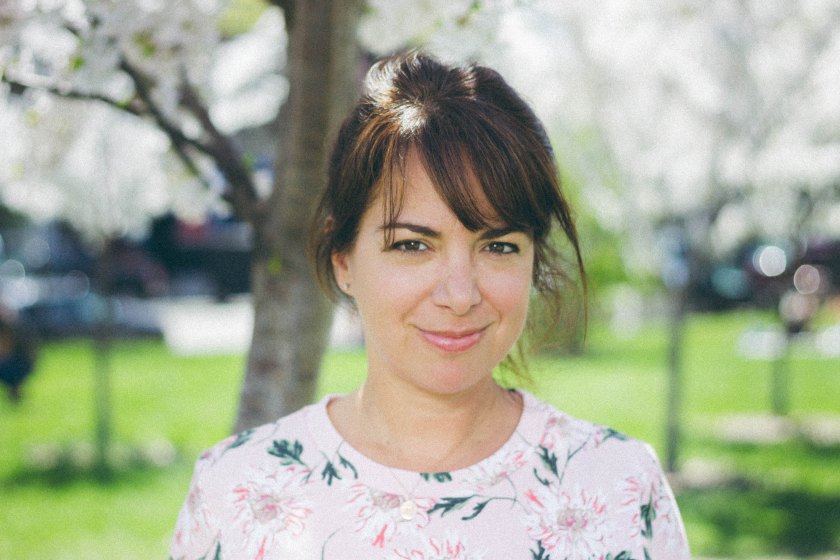 Amy Rosen has been covering food and travel for years — for publications such as En Route, Chatelaine and the Globe and Mail — and now she’s about to become an entrepreneur. Yesterday she announced via Twitter that she’s soon launching a west-end bakery to be known as Rosen’s Cinnamon Buns. We caught up with her to find out more about this intriguing concept.

I always thought food writing was an easy way to get rich quick.
You did? You’re joking. Got it. Well, this isn’t about that. I still have people calling me to do stories. This isn’t a mid-life crisis. But I was thinking, what about something that I’m in control of, that I can own?

Why cinnamon buns?
Through the years I’ve always made cinnamon buns. And out of any baked good you can make to please people, this is one is always a home run. People like different kinds of cake, and there are pie people and non-pie people, but everyone loves cinnamon buns. You find me a person who doesn’t.

Are you emulating a specific type of bun?
I don’t know if cinnamon buns are a Jewish delicacy per se, but they are a really fond memory for a lot of Jewish people. I want it to be really home-style. I’ve been testing recipes, having lots of people over, trying a brioche dough or a bread dough and different kinds of filling. So I’ve settled on a fluffy bread dough with lots of gooey filling, light on the glaze, and a secret spice in the dough.

Did you have any old family recipes that you pulled from?
No, it’s not my bubbie’s recipe or anything like that. But my grandfather did use to sell cinnamon buns from the back of a truck.

What kind of field research have you been doing?
I’ve been eating them around the world and in Toronto my whole life. They’re all good, as long as they’re fresh, but none of them knocked my socks off. They were either too dry, or too wet, or too doughy, or too small or too big. I’ve developed a lot of recipes for Chatelaine and Food & Drink, and I like to think I know what people like. Is this a solo venture for you?
I have a silent business partner, a long-term family friend.

Do you have much experience in day-to-day operations of this kind of business?
No, so that’s the scary part. I am looking for a skilled baker to help me for sure. But I have lots of chefs, bakers and restaurateurs who are offering me lots of advice. Because of my background in journalism, I have a lovely collection of friends who are very good at what they do. I’m very excited about the collaborative nature of it and using that part of my background to go forward. And I’m going to keep writing. Yesterday, I signed the contract for Toronto Cooks II. It’s coming out in September 2017.

Where will it be?
It’s going to be in the west end, hopefully a 10 minute walk from my house. I have a commercial real estate agent and we’ve been looking at places.

Do you hope to get the business to a self-sustaining point so you can go back to writing as much as you have been?
It’s going to be more about balance. I’ve always said that I may not be good, but I’m fast. I think I can keep up the food writing, but I can’t keep up as much travel writing.