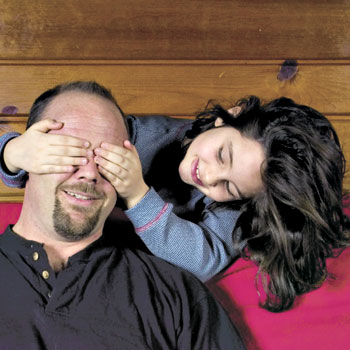 I was talking  the other day to a woman who described herself as “Type A, a bit of a control freak” and said that she knows this infuses her parenting style.

I admitted to her that I play for that team too, and that it hasn’t been so hot for my parenting. She seemed shocked.
She then asked me: “Would you do it differently if you had it to do over again?”

I said yes. Which I think made her want to throw up, but she gained control over herself and asked me for details.

I told her that my biggest parenting mistake was schools. In order not to get sued, I shan’t mention specific names, but I will confess to pushing both my kids to go to high-performance academically rigorous schools. Which neither of them liked. What a surprise.

My kids are both super bright (we all think that) so I thought they’d benefit from high academic standards.
At least that’s what I told myself. And other people.

Because of the stories I get to hear from kids, thanks to my privileged position as a camp director, I knew girls were participating in oral sex at age 13, and kids were starting soon after that to smoke pot and drink alcohol. I was so scared of my daughter being influenced to join that party that I pushed her to go to a highly academic school where I thought the social agenda would be less aggressive.

Boys are different. When his turn came I was worried that he wouldn’t work hard enough, pay enough attention to his studies.
That’s why he got the pressure to go to a high-octane school.

Hindsight being 20/20, I have the same regret with both kids and it concerns control. Both my kids would have been happier at regular high schools.

The best gift I could have given them would have been permission to be ordinary — and I couldn’t bring myself to do that.
Something about being a Me Generation parent — the narcissism and specialness of our own selves — made me not even able to see how much pressure I was putting on my kids.

That they were both bright enough to perform just fine in those environments is not relevant. What matters more is that I chose their paths. They did not.

We all pretended that they got to choose, but the pressure I exerted was so pervasive that they both knew better than to disappoint me.

So if I had it to do over again, I would make more space for my kids to follow their own stars.

I would acknowledge that my own worries about their lives today and their lives tomorrow are just that — my worries. And I would fight (myself) tooth and nail to refuse to give in to my worries when making decisions about my children’s lives.

I would trust them more, knowing that we had raised them with great love and good values, and that they would be all right.

I would understand that permeating their child-rearing with my anxieties was a disservice to them.

I would work harder to control my desire for them to be special, and what would help me with that would be knowing (once again, thanks to hindsight) that the best way to acknowledge kids’ specialness is to love, support and respect them. That’s special enough.

It wasn’t necessary for me to make them special by growing them into great students or gymnasts or hockey players. They were already special enough.
The part I missed was that who they were was plenty good enough. Absence of pressure was a gift I would have loved to give them — if I only knew then what I know now.