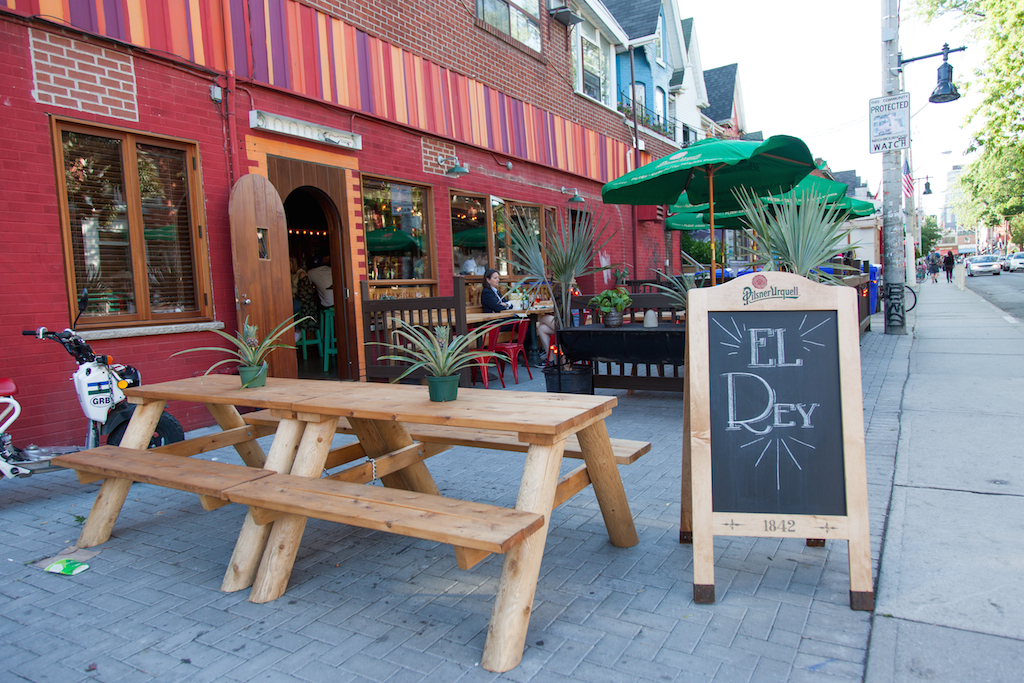 There are few things that bring more joy to Toronto residents than the beginning of the patio season. Since the COVID-19 pandemic, foodies have been denied their moment in the, ahem, sun, but with a flurry of guidelines and news published over the last few days, it looks like it is finally happening.

The latest instalment comes from the Ontario government, which has circulated further information this morning regarding a move to temporarily extend outdoor patio spaces to safely accommodate patrons and staff once licensed establishments are permitted to fully reopen for business.

The move, according to a press release, is designed to “help support hospitality sector workers and businesses impacted by the COVID-19 outbreak.”

The Ontario government, which regulates restaurants through its Alcohol and Gaming Commission of Ontario (AGCO), will allow restaurants to carve out physical distancing space via a patio as long as it is adjacent to the premises, or to increase the size of an existing patio.

“During this difficult period, we are constantly looking for ways to be flexible with the hospitality sector, so when the time is right, they can open with the confidence that they will be able to keep customers and staff safe,” said Jean Major, CEO of the AGCO. ”By extending outdoor patio spaces, we hope it will help our licensed establishments get back on their feet more quickly.”

According to a new media report, the province is also set to announce that restaurants in some areas of Ontario will be allowed to open on Friday, June 12, but those in the Greater Toronto Area will have to wait until at least June 19.

BREAKING: Restaurants in some Ontario regions to be allowed to open on Friday, but those in the Greater Toronto Area will have to wait until at least June 19, the @TorontoStar has learned. Premier Doug Ford is to also finally announce a commercial eviction ban.#onpoli#COVID19

The province is also loosening the rules around what is called “tied houses,” meaning the tap rooms or associated drinking rooms usually located at the site of a craft brewer or winery or distillery. Now, these tied houses can be located anywhere within the same municipal or property address.

These new moves come on the heels of the recently announced CaféTO plan that the city of Toronto announced last week. That plan, amongst other things, will allow restaurants to create temporary patio space on sidewalks, curb lanes, and parkettes.

“The city can act quickly, at lighting speed, as soon as provincial order is lifted,” said Toronto Mayor Joh Tory at a press conference last week. “This is an industry that has been terribly hard hit.”

The CaféTO plan will also make it much easier for existing restaurants to navigate the city’s sometimes arduous application process for Toronto patios. It could also waive associated fees.

Toronto also announced that the city’s restaurants should prepare to reopen right now and not wait for further announcements regarding specific dates.

Premier Doug Ford is poised to announce further details regarding the second phase of reopening at this media briefing on June 8, although it looks like there will be no specific dates yet.

The province is also reporting its lowest number of new COVID-19 cases since mid-March as well as another steady drop in hospitalizations. Two good signs.