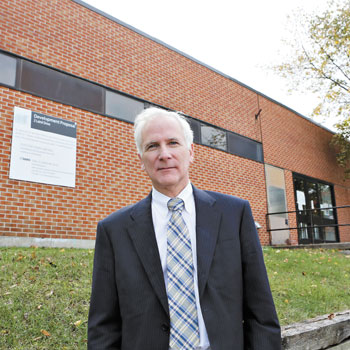 There is a proposed development that could see the rise of Laird Drive’s first condo, a seven-storey, 78-unit building, and people are worried it’s going to be a slippery slope for the neighbourhood.

“If this development happens, it could set a precedent we don’t want,” said Brian Athey, president of the Leaside Property Owners Association. “Once one guy gets five storeys, all the other guys want that or greater.” Athey said the proposed development at 2 Laird Dr. is too large, too high and too dense for this area.

The location is on a piece of land that has been designated as a mixed-use area and is largely surrounded by single-family homes and townhouses.

“This is a rare case where I have taken a position that is contrary to staff recommendations,” said Toronto city councillor John Parker, who has also obtained a resolution from Toronto City Council to retain outside consultants to represent his side of the argument.

An appeal to the proposal has been filed, and Parker said he is waiting to hear back from the Ontario Municipal Board for the decision, which is expected sometime this month.

Parker also said this neighbourhood can expect more development, possibly similar to this one. Both Parker and Athey said a main concern with a development of this size would be the added density and the traffic that will be generated as a result.

But not everyone believes the proposed development should be an issue. “Seven storeys should be no problem in integrating into this type of area,” said Rodolphe el-Khoury, director of the master of urban design program at the University of Toronto.