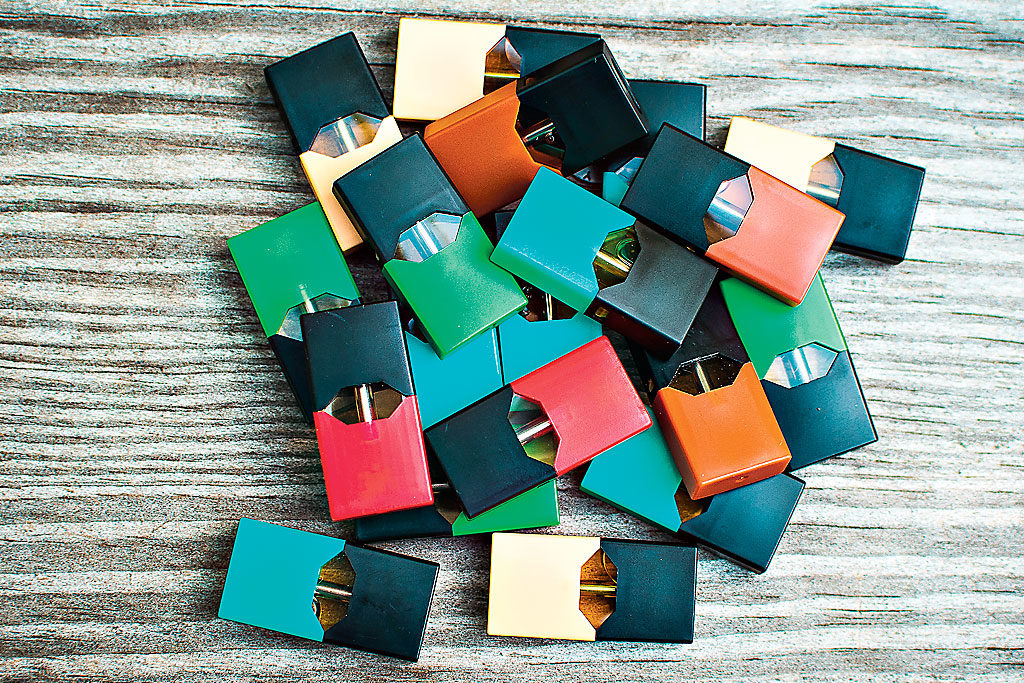 Parenting columnist Joanne Kates is an expert educator in the areas of conflict mediation, self-esteem and anti-bullying, and she is the director of Camp Arowhon in Algonquin Park.

When you think it’s finally gotten easier, you’ve got it right, parenting throws another curve. It’s always like that. Hard.

Just when we thought the nicotine monster was licked, here comes Juul. And not only does it come, but e-cigarettes are believed to be causing serious, sometimes fatal, lung diseases. And we thought we had kids’ lungs protected because with so much education in schools about the dangers of cigarette smoking, it had declined dramatically among young people.

Even minus the lung disease issue — which is terrifying — there’s a problem here. Vaping is a lifestyle for teens. It’s much more to them than a cute little battery-operated toy. Vaping has become a signifier of coolness — precisely the way smoking cigarettes made you cool till the 1980s. Like so many things teens love to do, the herd has adopted vaping. And we know the herd talks louder than parents. So the cool factor is our primary problem.

Problem two is addiction. We were lulled into believing that vapes were safer than cigarettes because users don’t inhale smoke into their lungs, but rather vapour. Nice job on that one, Juul Labs. What we forgot (again, thank you Juul ads) was that even if people vape nicotine, they still get addicted to it.

In principle, addiction is a bad thing. In practice, it’s become pernicious.

Schools are up in arms about vaping because kids are doing it all the time. Teachers are saying that kids are so addicted they can’t go 15 minutes without a hit — so they sneak it in school. Kids are standing binders up on their desks and vaping behind them. Stashing the vape in their sleeves and vaping in class, exhaling back into their sleeves. Hiding them in pencil cases, sweatpant waistbands, bras and headbands. And taking a hit when the teacher isn’t looking, knowing that the vapour they exhale dissipates fast. And because they need it: this is what nicotine addiction looks like.

So many kids are vaping in school washroom cubicles that some schools are taking the doors off the cubicles.  Some schools are so tired of the sleeve trick that they’re making students roll up their sleeves to the elbow before entering school. Royal St. George’s in Toronto is so fed up that it’s established a “no vaping zone” from Dupont to Bloor Street.

The question for parents is this: How do we keep our kids safe from nicotine addiction delivered in a too-cool pen?

The answer, as usual, is that prohibition won’t work. It sets up the us-against-them dynamic that causes teens to lie to us to protect their habit. At which point there’s no conversation.

As for preaching about the dangers of vaping: Resist, resist, resist. Of course you’d be right, but our parenting goal is not to be right. It’s to be heard. And the irony of that goal is that it is best attained by doing more listening than speaking.