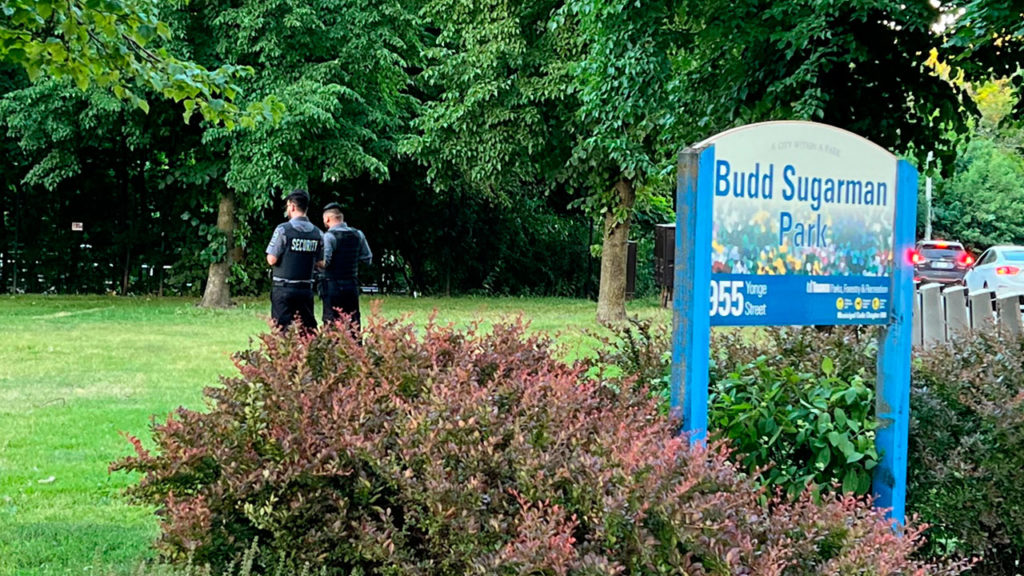 My neighbour Lawrence and I were discussing the state of the city.

“This morning,” he said, ”I saw a woman walking across the intersection in rags. There’s no other way of putting it. She was in rags.”

I had not seen her, but like everyone else in this city I have seen too many similar kinds of scenes on our streets, of people utterly despondent and distressed.

Mayor John Tory’s response is a familiar one. Last year, at a cost of $2 million, he called in the police to clear a few parks of the homeless camping out. More recently, he assisted staff in awarding contracts worth $1 million for private security to do the same, carefully splitting the cost so it would not have to be approved by City Council and be publicly reported. It’s an age-old strategy to put a worrisome problem out of sight.

It is clear that city council does not have the financial resources to tackle the problem of the poor and homeless in our city.

The provincial government certainly has the means to address the issue of the poor and the homeless, but Premier Doug Ford apparently has no interest in doing so. The matter was hardly mentioned in the recent provincial election.

Mayor Tory knows that asking the premier for support on this issue will be ineffective: it has not worked in the last four years. What is to be done?

If I were mayor, I would use the same strategy employed by the Mothers of the Plaza de Mayo in Argentina who sought the fate of their “disappeared” children: gather at the door of the decision makers at regular times. Presence, even silent presence, demands response and action.

As mayor, I would announce that every Tuesday at noon I would be attending on the steps of the legislature for two hours to demand action to deal with homelessness and poverty in Toronto. I would ask interested members of city council to join me as well as members of the public. It would grow in number as people realized it was an action they could take to both acknowledge the seriousness of the problem and seek redress.

Simple physical presence can be very powerful both for those exercising that privilege and for those decision makers being addressed.

The demands would be that welfare rates would be increased from less than $800 a month for a single person to at least $2,000 a month; that property owners would be given interest-free loans of up to $10,000 to create a new apartment; that funds would be provided for enough support workers to assist the homeless.

Why $2,000 a month? So the person can rent an apartment and have enough money to buy food and clothing and the other necessities of life.

The cost of such a program for the 7,900 individuals (including children) in city shelters on June 8 of this year and another 500 sleeping rough and in tents would be $17 million a month. That might seem like a lot of money, but a single shelter bed costs $3,700 a month, so at the end of the day there’s a substantial saving of public money. Most of this money is from the province: it is the province that needs to substantially change how money is spent to actually address the needs of the homeless while assisting the public purse. The city can’t solve this problem on its own.

It’s a simple plan that the mayor and council could show leadership on to ensure that no one else in the city has to be dressed in rags.