Power to gamer girls - Streets Of Toronto
Skip to content 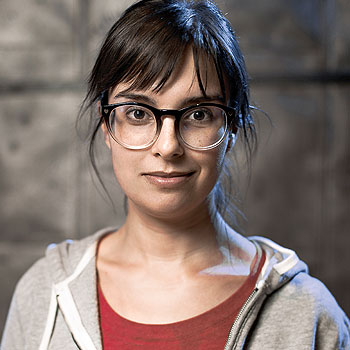 Working in the male-dominated tech industry, Cecily Carver knows how it feels to be the only woman in the room. It’s the same feeling she has when she comes home and partakes in her favourite hobby, online gaming, a world overwhelmingly populated by male characters fighting to rescue a passive woman. It’s an industry dominated by male stories, but the world of online gaming is not populated exclusively by men. In fact, of the 60 per cent of Canadians who say they play video games, 50 per cent of those are women, whose stories are not being told. So in 2012, Carver, who lives on the Dupont strip, co-founded Dames Making Games, a charity that teaches women how to code, so they are able to make the video games they want to play.

“Video gaming is ultimately an escape fantasy, it’s about wish fulfillment,” Carver said. “And if every game is targeted to a young, male audience, women are always going to be excluded from that.” Dames Making Games teaches women (and some men) from all different educational and working backgrounds how to design and code their own games where women can take charge of their destiny and finally be the hero. Their free courses and weekend “game jams” attract between 30 and a hundred people per session.

Although most participants make games for their own recreation, many have made games with a political focus, and one participant made an award-winning game about her struggle with depression.

“Video can introduce you to so many stories and issues,” Carver said. “And as long as the pool of people working on those games diversifies, the games themselves will encompass so many more human experiences.”