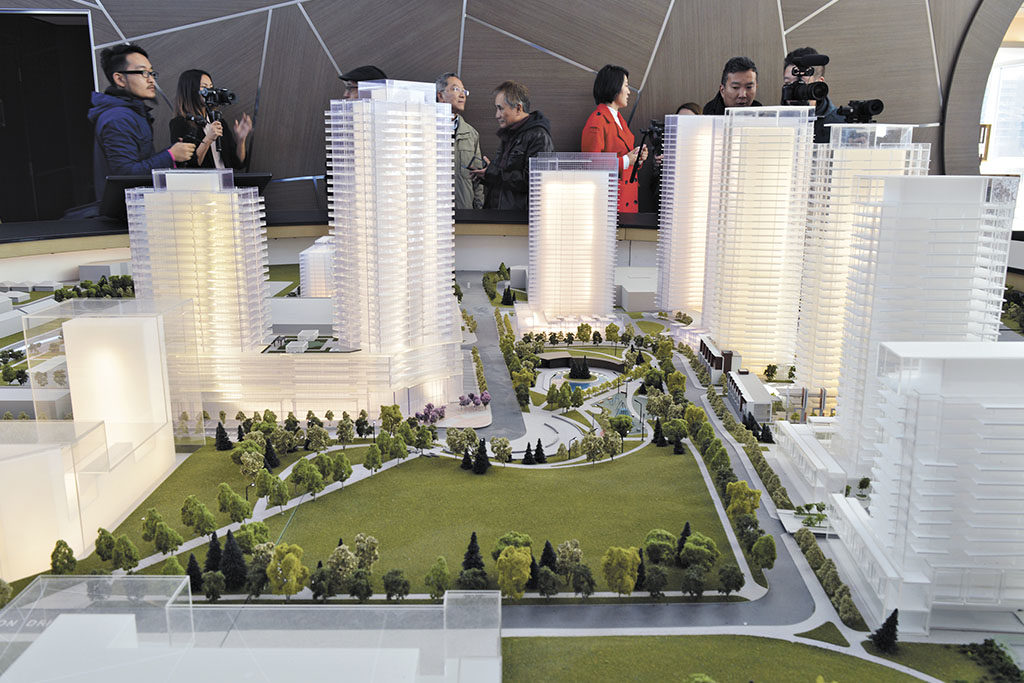 The large Concord Park Place development at Bessarion Road and Sheppard Avenue East has unveiled its new eight-acre park, as part of a collaboration between the City of Toronto’s Public Art Commission and the developer, Concord Adex.

With condo towers already completed and another one already being marketed to potential buyers, both the community and the city have been awaiting the finalization of this 18-hectare mega-development, which will encompass 6,000 homes across 20 buildings, the new Woodsy Park, a 209,000-square-foot community centre, retail and more.

For the now former local councillor, David Shiner, and Concord Adex, the scope of this project, although aimed at intensification, provides a blueprint for how future city building in Toronto should happen.

“I think for us, we are pioneers, and building master plan communities like this one is our forte,” said Isaac Chan, vice-president of sales for Concord. Concord Apex also guided the development of Concord Cityplace, a 45-acre residential community near the Toronto waterfront with currently over 5,000 units and an eight-acre park.

“There are areas where there should have been a community centre.”

“There are areas across the city where there should have been a community centre by the city going into place, and land should have been put aside for it,” said former Ward 24 Willowdale councillor Shiner, whose tenure ended with this past municipal election. “I think [Concord Park Place] shows that it can be done, it should be done, and it will be done.”

The area around this complex has seen unprecedented growth: According to City of Toronto census data, the population of the surrounding Bayview Village city neighbourhood increased by 21.1 per cent between 2011 and 2016 and has been identified as a major development node.

“We understand that a lot of development can’t be stopped, but the city is always stressed to keep up with the demand of the entire continuum of housing, condo, affordable and newer formats [of living]” said Victoria Joly from the Bayview Village Association. “We are really delighted to see that this development intensification has such significant parkland dedication.”

The eight-acre park features a turf field, a piazza, a skating pad and reflecting pond, playgrounds and plenty of open space and walkways, as well as a robust public art program. Woodsy Park is expected to open to the public in spring of 2019.