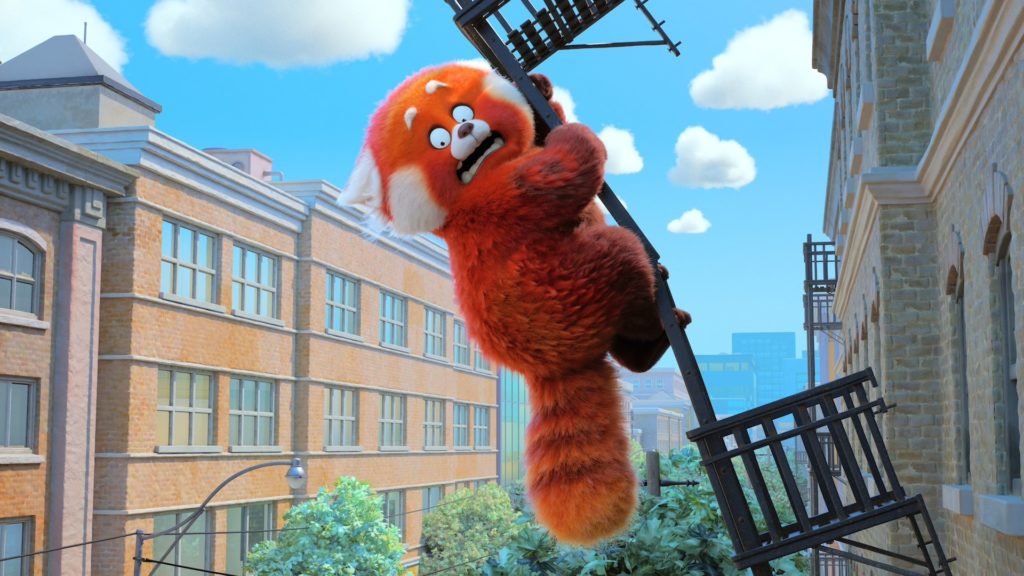 Toronto’s very own Domee Shi just earned a major Oscar nod with her 2022 hit, Turning Red. The animated feature film was just nominated for best animated feature, and we could not be more excited.

The movie, which was released in March last year, put Toronto on the world stage. The Sheridan College graduate’s feature-length directorial debut Turning Red arrived on Disney+ with a bang, and Shi made our city the main character. The movie takes place in Toronto and is the first full-length animated Disney movie set in Canada.

This one’s for you Canada ??

Director Domee Shi chose her hometown of Toronto as the backdrop for her new feature film, with Ottawa native @IamSandraOh lending her voice and a group of very talented Canadian artists on the filmmaking team. (1/2) pic.twitter.com/WymY3r4D5O

The movie stars Canadian icons Sandra Oh and Maitreyi Ramakrishnan, along with Rosalie Chiang as main character Meilin Lee. It follows 13-year-old Chinese Canadian Mei in Toronto in 2002 navigating puberty, a loving but overbearing mom, friendships and all the other challenges that come with being 13. She soon realizes that she turns into a giant red panda whenever she gets too excited, a connection to her ancestors. Hilarity, panic and hormonal excitement ensues.

Shi is making history in more ways than one with Turning Red, which is both Pixar’s first feature-length film directed by an Asian woman and Pixar’s first feature film directed by a woman. The movie was originally scheduled to debut in theatres as well as the streaming platform, but earlier this year it was switched to a solely Disney+ premiere – similar to family-friendly films Soul and Luca.

Though Toronto is so often the set for blockbuster films, it rarely plays itself – so it’s no surprise that Turning Red has Torontonians everywhere rejoicing. The movie acts a spot-your-neighbourhood game, with so many Toronto references you’ll lose count. Turning Red also serves as a love letter to Toronto, a beautiful tribute to Shi’s Chinese Canadian culture and a truly perfect reflection of what it’s like to be a teen girl.

Before you make Turning Red your Friday movie pick tonight in celebration of Shi’s nomination, let’s go over some of the Canadiana that Shi showcased in this automatic Canadian classic.

The opening shot immediately lets us know that this film will be Canadian through and through. An establishing shot of a “Lester B. Pearson Middle School” is shown with a pair of Canadian flags gently waving in the breeze. While there is no school bearing the former Prime Minister’s name in downtown Toronto, there is a Lester B. Pearson Elementary School that also houses Grade 7 and 8 students in North York.

We get our first introduction to our toque-wearing main character, Mei, in a classroom adorned with a poster celebrating the 1980 Winter Games. There is also a hockey helmet tucked away on the top shelf in the right-hand corner. Another student whose interest is piqued by Mei’s mom peering into the classroom can also be seen wearing a maple leaf on their shirt.

guys this is definitely in Canada ?? #TurningRed pic.twitter.com/TLFm31121V

The scene of red panda Mei running across the roofs that confirmed beyond a shadow of a doubt that this is a Toronto film. As Mei runs crying across some rooftops, the CN Tower and Rogers Centre are clearly visible in the distance.

As Mei jumps between two buildings, we get a glimpse of some kids playing basketball on the classic patchwork pavement of Toronto’s alleys. A green dragon is painted on one of the walls, as well as the tag of the artist on the backboard. Given that the story seems to be set just west of downtown, could this be Toronto’s famed Graffiti Alley? Also, it’s worth noting that one of the kids is wearing a blue and white hockey jersey, quite possibly a shoutout to the Toronto Maple Leafs.

As Mei continues to break for home after suffering her unwanted transformation, she jumps clear across a bustling street strung with red paper lanterns. At first glance, this could be any street in the world. But, upon closer inspection, one clue gives it away: the streetcar tracks. Inlaid into the pavements are those four iron rails that are a hallmark of downtown Toronto’s streets. Depending on orientation, this has to be either Spadina Avenue or Dundas Street West.

When Mei makes it home, she calms down enough to temporarily regain her human form. Out of the pink cloud of dust emerges Mei clad in a shirt with a maple leaf on it. However, this glimpse doesn’t last long, as she quickly morphs back into the anxiety-plagued red panda.