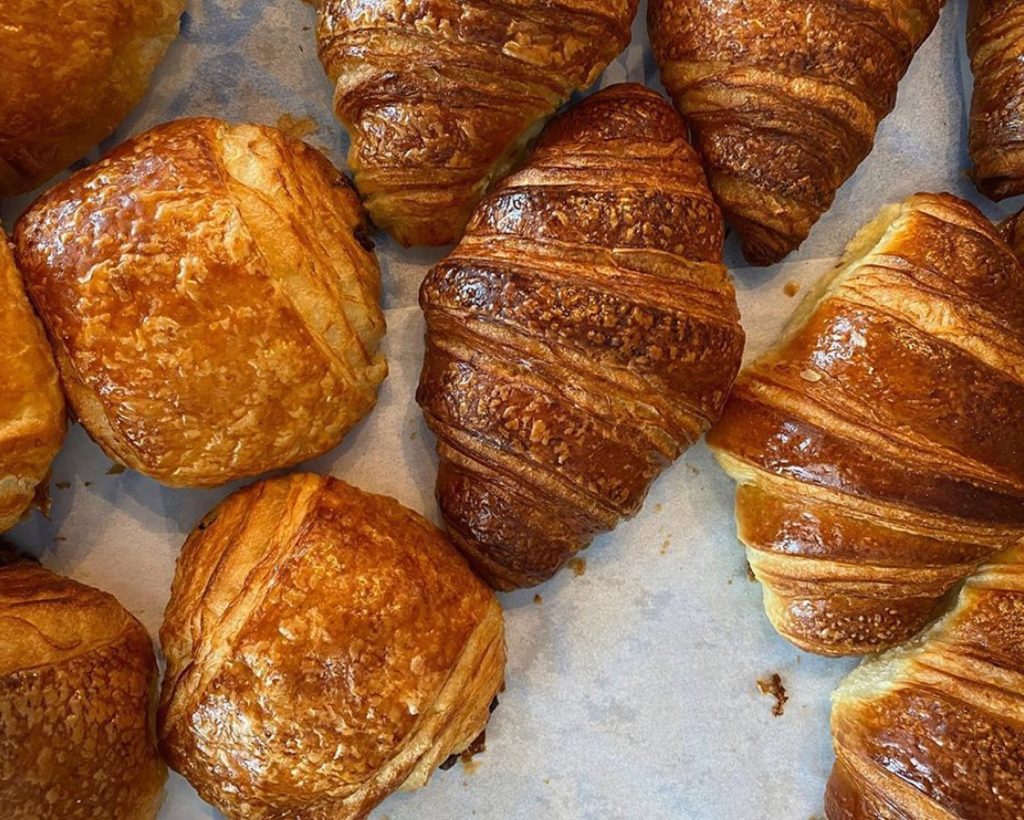 Petite Thuet in Toronto is reminiscent of the bustling boulangeries of Paris, serving fresh bread, croissants, and pastries.

Before the pandemic, owner and chef Marc Thuet was mainly known for his bread. Now, he’s known for pulling off an improbable expansion. Pre-pandemic Thuet ran a production bakery on Carlaw Avenue and a small café in Rosedale. He had nailed down a successful wholesale-retail combination that featured two income-generating entities working hand in hand to support each other.

When the restaurant and hospitality industry started feeling the pain, his clients (which include the CN Tower, King Edward Hotel and Fairmont Royal York) saw gross reductions in demand for his bread. Thuet could have folded, instead, he decided to expand.

Born from a “brainstorming session over [a] Sunday night family dinner,” according to Thuet’s daughter, Jane, the idea for a secondary location for the café Petite Thuet emerged.

Jane, a realtor, was able to secure a retail location across the street from the Thuet’s wholesale bakery, however the space needed renovations. The Thuet family also recruited local artist Jacqueline Poirier to create a custom “selfie wall.” Two days before 2021 officially started, Petite Thuet opened in Leslieville.

Serving everything from breakfast sandwiches to hot beverages and artisanal breads, the Paris-inspired café at 284 Carlaw Ave. has gotten off to a great start.

By bucking the industrial trend and diving further into the industry during its most vulnerable year on record, the Thuet family capitalized on a market that is now newly emboldened to support local. In short, they turned their pain into pain.