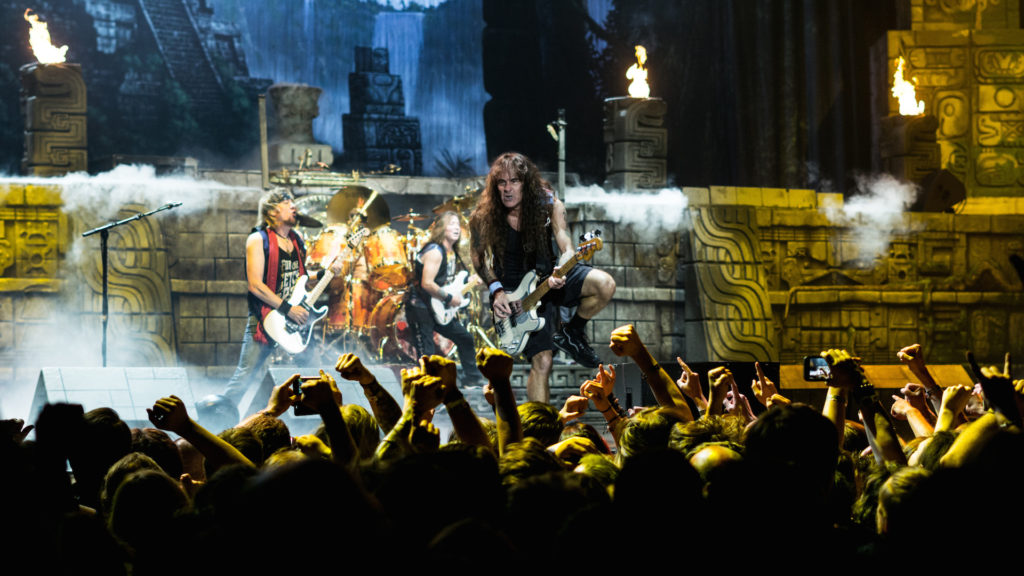 A petition to remove a principal at a St. Catharines public secondary school for being an Iron Maiden fan has been taken down.

The Change.org petition was reportedly created by a parent who saw Instagram photos of Sharon Burns, the principal of Eden High School, after she posted a photo of a doll of Eddie — Iron Maiden’s villainous zombie mascot, and a hand-drawn pic that read 666. Iron Maiden is a heavy metal band from the 1970s and the number “666” is identified as the number of the “beast” as mentioned in the biblical Book of Revelation; it is also featured in artwork by the band.

The petition, which received 553 signatures before it was closed, was titled “Eden High School Principal, Sharon Burns, Needs to Be Transferred Immediately!” It read, “We are deeply disturbed that the principal assigned to the school blatantly showed Satanic symbols and her allegiance to Satanic practices on her public social media platforms where all the students can see them under @edenprincipal (not her personal account).”

“Please replace her with another principal who aligns with the values of the families at Eden and will not sabotage the teaching or upholding of those values and will not try to introduce impressionable students to Satanic practices or symbolism.”

The petition quickly gained traction on social media, but not in any way in support of its message.

One message even included a personal note from hard-rocking Toronto musician Danko Jones inviting the principal to one of the band’s upcoming concerts.

I would like to personally invite Principal Sharon Burns @EdenPrincipal to our show in St. Catharines on December 8.
Rockers & Metalheads have to stick together. https://t.co/UYRZM2YdqK

In an unexpected turn of events, a counter petition in support of Mrs. Burns was created. As of publication, it has over 22,252 signatures (once it reaches 25,000 signatures, it will become one of the tops signed on Change.org).

“Recently, there has been a petition going around to ‘remove’ the principal of Eden high school,” the petition states. “It is ridiculous that a couple of parents only judge her role as a principal only based on an Instagram post. (About liking the band Iron Maiden. That’s it.) Eden High School is a public school. Not a Christian school. If you somehow don’t like the principal of your child, grandchild, relative, etc.’s school, then send them to another one.”

The statement continues that Mrs. Burns has made Eden a safe space for many people, and is “probably one of the best and most enthusiastic principals” the school has ever had.

“This whole thing is hypocritical,” one parent commented on the petition. “If your kids can’t handle being exposed to iron maiden, they’re not gonna get anywhere in life.”

The story has been covered by media outlets around the world including Rolling Stone, Complex and NME. The band just released its highest-charting album in its 45-year-history.