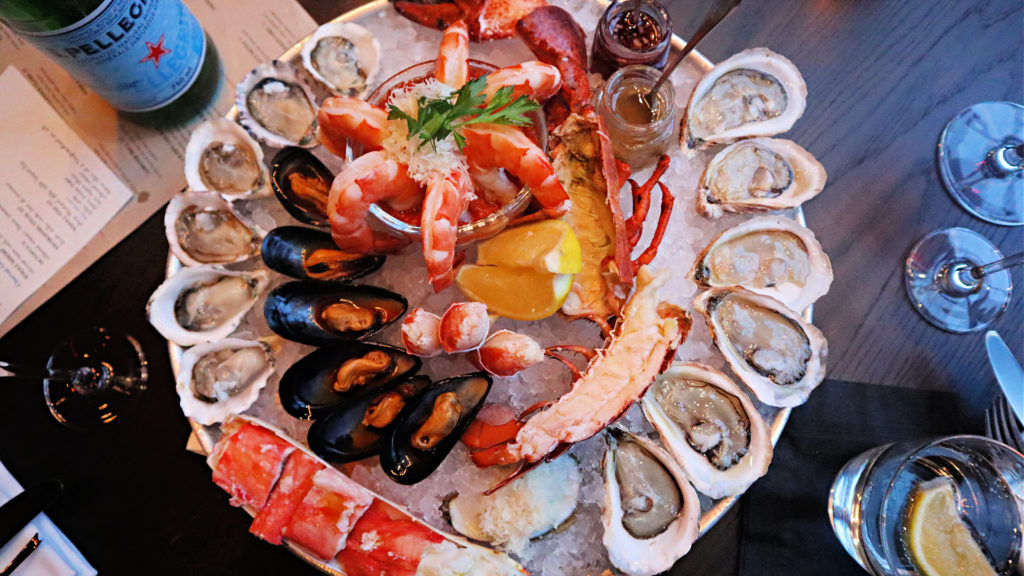 We’ve hit the months with the letter “R” in the name, which can only mean one thing: it’s oyster season. And while Toronto might be disappointingly far from the ocean, the seafood restaurants are far from it. With so many fish in the sea, it’s hard to pick the best! But here are some of our favourites!


Rodney’s is kicking off oyster season with their Crab Crak—an event that’s as messy and delicious as it sounds. But, when Rodney’s isn’t offering this Crab-fest (complete with gumbo, boil, Dungeness, and NFLD Snow crab to name a few), the menu features specials that change depending on what’s fresh and in-season, with some of the seafood coming as far as Gulf of Mexico, Nova Scotia, and New Zealand.


The available Raw Bar menu makes Pearl Diver the best spot for gathering with a large group of friends—no matter their fishy tastes. Split the Seafood Tower for a dozen oysters with mussels, crab leg clusters, tuna and shrimp cocktail, or go a step further with the Shucker’s Best Tower, which includes an additional half-chilled lobster. Pearl Diver is also one of few vegetarian-catering seafood spots with a veggie burger, poutine, and fried edamame and dumplings on the menu. It really is a place for all.


Over forty years ago, Zee Grill first opened its doors on Mount Pleasant and became one of Toronto’s first oyster bars. Named for the Dutch term for “sea grill,” the spot remains a Torontonian favourite. Get your favourite seafood classics like fillets and calamari or go a bit more exotic with seafood poke salads and a peruvian seafood stew. Between the expert sommeliers ensuring your wine pairing is perfectly complimentary and the moody, dark interior, Zee Grill is your best seafood date spot.


While everyone loves Zee Grill for being a neighbourhood classic, Pink Sky offers a fresh, modern take as one of the newest seafood restaurants in the city. Pink Sky provides a space more upscale than you’d find on a seaside east coast town, and yet, the fish is just as fresh. So fresh, in fact, that Pink Sky offers a Daily Catch Menu that could range from oysters to charred octopus and grilled tuna steak. A menu highlight is the Truffle Lobster Mac And Cheese, complete with a homemade rigatoni, pickled jalapeno and toasted bread crumbs.


You might recognize Oyster Boy from the hat-wearing oyster mascot that smiles down at you as you’re walking along Queen West, it’s actually much more than a restaurant. Oyster Boy also does wholesale, retail, and even offers courses in oyster shucking! Inside it’s got the feel of an eastern fishing town diner, with bright door frames and nautical hangings decorating the walls. Though oyster is in its name, everything is a highlight on the menu, including a 24-hour marinated and grilled squid, and black tiger prawn tacos.