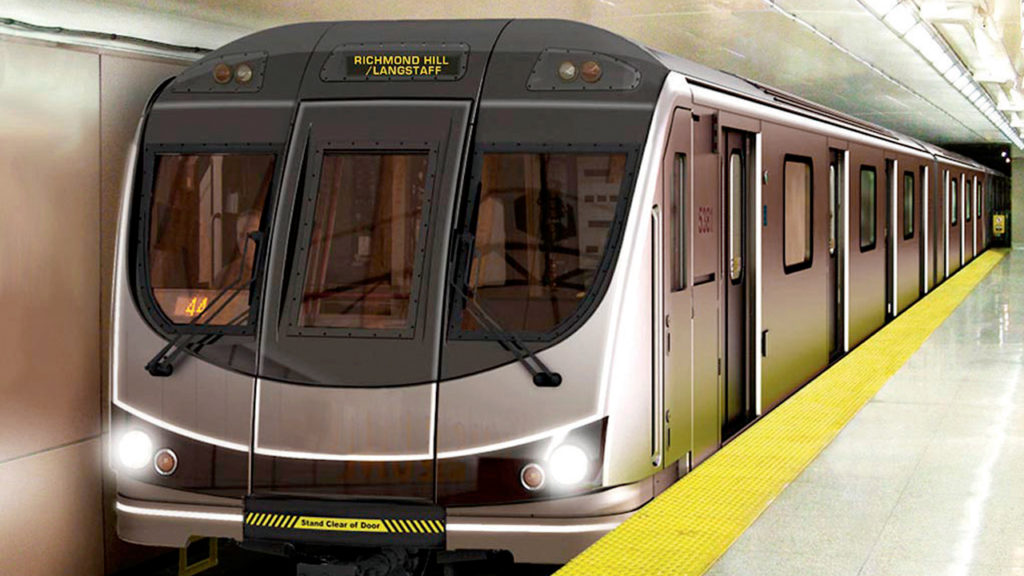 A Thornhill neighbourhood is angry and prepared to fight back against revised plans for the Yonge North Subway Extension with fewer stations and an altered route that would see the line running under their neighbourhood.

The eight-kilometre extension will bring the Toronto Transit Commission’s (TTC) existing Line 1 subway to the cities of Vaughan, Markham and Richmond Hill.

The revamped plan from the Province of Ontario’s transit agency Metrolinx would see the extension’s originally planned six stations reduced to just four. Three stations in the plan are Yonge Street at Steeles Avenue; another station between Highways 7 and 407, formerly known as Langstaff station but now tentatively named Bridge; and a terminus station at High Tech Road in Richmond Hill.

A fourth station has yet to be chosen but would be located at Cummer Avenue, Clark Avenue or Royal Orchard Boulevard, all three of which were in previous plans for the extension.

The route’s planned alignment has now been rerouted off of Yonge Street and onto the existing CN rail corridor in the north, bringing part of the line above ground but necessitating tunneling under Thornhill’s Royal Orchard neighbourhood.

At a virtual open house held on April 7, representatives from Metrolinx presented the plan to the community and explained the reduction in stations and new routing were required to keep the extension within the $5.6 billion budget.

Residents had questions and concerns about disruption to the neighbourhood during construction, compensation for possibly decreased property values and the absence of a station at Royal Orchard.

“Why should residents support a plan that provides years of disruption to the neighbourhood with no direct benefit (i.e., subway stop)?” read a question submitted anonymously from a resident.

Metrolinx representatives said tunnels would be built at a depth where there would be no direct impact on the homes above, with exact depths to be determined through further study, but there would be over 20 metres of depth from ground level to the bottom of the tunnel.

“I think it’s a terrible idea. It’s unnecessary, it’s untried, untested. Metrolinx has no experience in tunneling a subway under homes. They can’t point to any reasonable comparisons anywhere in the world, and when they have, when we started digging a little bit deeper, pardon the pun, we found all kinds of issues with noise and vibration,” said Keith Irish, Markham’s city councillor for the area. “And the simple question is: would you want a subway under your home? Of course not.”

Irish said that more than 1,000 people have signed a petition against the Metrolinx plan, and the surrounding community is already organizing in opposition to it.

“The community has very quickly come together and mobilized. There’s a steering committee of residents that have come together that meet every week. They have set a number of subcommittees to tackle the problem from all sides,” said Irish. “They’ve launched a GoFundMe campaign so they can fund their opposition efforts and hire expertise as needed. They’re really well organized and they’re fighting until the end.”

Irish said that, despite this now being Metrolinx’s preferred option, he believes the plan can still be changed.

“The project still has not received final approval by Premier Ford and his cabinet nor, more importantly, has it been fully funded,” he said.

“They’re still waiting on 40 per cent of the $5.6 billion from the federal government, and there is no sign of that happening any time soon.”