Opening salvo: Jays look to make statement right out of the gate in 2017 - Streets Of Toronto
Skip to content 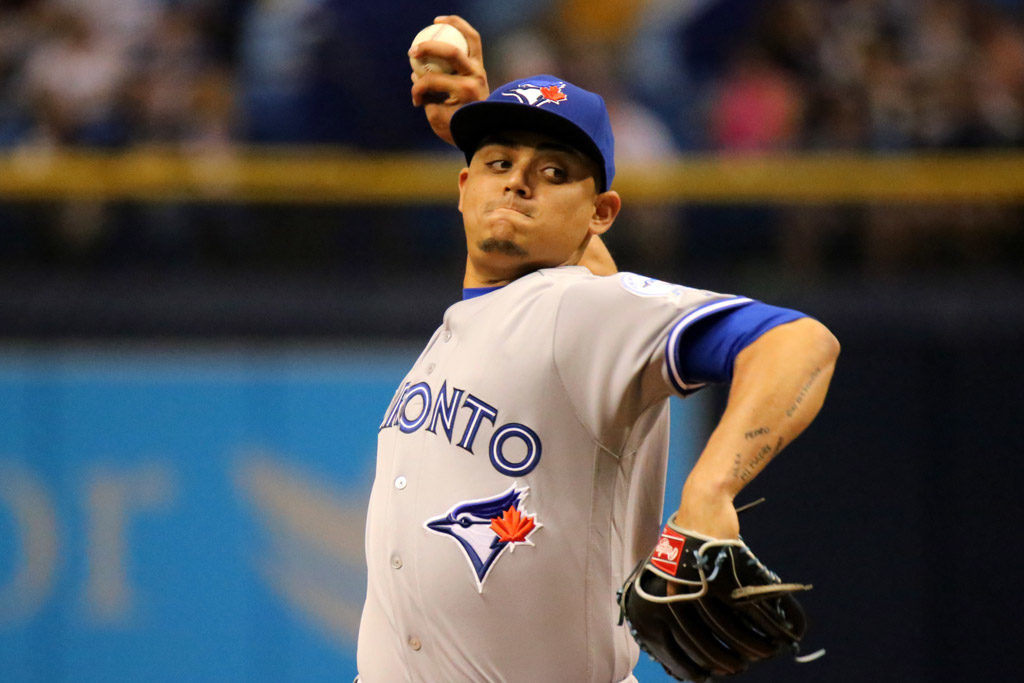 Mostly healthy and ready. That’s the goal for any major league ballclub coming out of spring training. And the Toronto Blue Jays are about as close to being both healthy and ready as can be expected.

After a long preseason (seriously, it’s way too long), the meaningful games finally begin with a road series against the rival Baltimore Orioles.

And based on how the team has come together over the final weekend before the regular season, the Jays’ front office intends to put its best possible roster on the field.

Nowhere is that more apparent than in left field. Melvin Upton Jr. came into the spring with a chance to lock down at least half of a platoon role, and failed to achieve even that. Upton put up a woeful .216 OBP in 36 at bats, essentially playing his way off the team, and was released on Sunday.

Where he ends up is yet to be determined, but the Melvin Upton Jr. experiment is officially over, and it will only cost the Blue Jays $1 million.

That leaves one final bench spot, which at the moment belongs to Ryan Goins, but with the Jays awfully thin in the outfield, expect GM Ross Atkins to try and upgrade there as final cuts are made around the big leagues.

Toronto has already inked veteran outfielder Chris Coghlan to a minor-league deal, and have been linked to other free-agent options like Angel Pagan. It says a lot about how truly bad Upton was, that guys like Coghlan and Pagan could be considered a step up, but here we are.

As for the pitching staff, the Jays did receive some bad news on Sunday, as closer Roberto Osuna was placed on the 10-day disabled list with a back injury. Jason Grilli will man the 9th inning until Osuna returns. That means both Ryan Tepera and Dominic Leone will crack the Opening Day bullpen, as Mike Bolsinger was designated for assignment.

It’s a blow to the team’s late-game pitching depth, but the hope is that Osuna won’t be out long, considering he had been making appearances for the Jays following the World Baseball Classic.

In the rotation, Aaron Sanchez is dealing with a blister and will open the season as the Jays’ 5th starter. The team continues to be cautious with their young hurler, and slotting him in the 5 spot allows them to monitor and manage his workload. Marco Estrada will get the well-deserved Opening Day nod, followed by JA Happ and Marcus Stroman.

Otherwise, the Blue Jays are pretty much good to go. If Devon Travis and Josh Donaldson show little to no signs of a slow start after dealing with preseason injuries, the offence could make some noise against the Orioles this week.

And you know Jose Bautista will be fired up to take on a team he has historically crushed, especially following some questionable March comments from Baltimore GM Dan Duquette, who called him a “villain” and said that O’s fans prefer more “working class” players to Bautista.

That should only add fuel to the fire for what promises to be a very exciting opening series for the Jays, as they look to put the rest of the American League on notice.