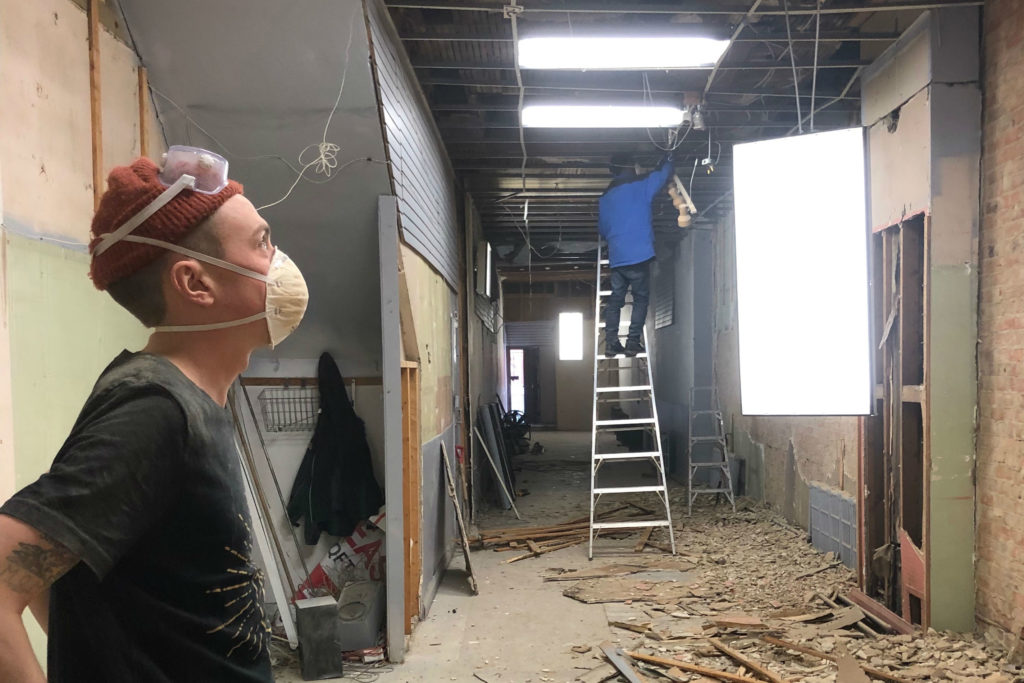 The pandemic has left many of our favourite restaurants indefinitely closed, but what about the ones that never got their chance to open? Stephen Schweighardt had planned to open Larry’s Folly, a cafe and bar, in Parkdale at the end of April, but COVID-related closures have stranded his new venture in limbo.

Larry’s Folly will be a coffee shop by day, serving from-scratch baked goods and sandwiches, and transition into a bar with a focus on live music at night. The idea behind the concept is about family and nostalgia, according to Schweighardt.

The cafe is named after his grandfather, Larry, and the baked goods will be based on recipes from his mother and grandmother. “I have a big fascination with the past,” says Schweighardt, who was previously an owner of Mallo Coffee & Bar at Bloor and Bathurst. “I want people to come into the space and it feels comforting and homey.”

Schweighardt had been gutting the cafe’s future home, an older building at 1462 Queen St. W., before the pandemic brought the process to a halt. “The city shut down the building department, so that really put a hold on my permits that were coming through,” says Schweighardt. “That’s been the biggest thing for me through all of this is that it’s just kind of frozen because I’ve not been able to really move ahead without permits.”

Getting the cafe ready to open has been a family effort. “It’s me and my dad building it and friends helping out,” says Schweighardt, so social distancing precautions have also posed a challenge to his plans.

On the bright side, Schweighardt’s landlord has been flexible on his lease terms so overdue rent payments aren’t yet looming, a problem many operators across the country are currently grappling with. “It’s scary for me but I imagine it’s even scarier for people that have already been up and running,” he says.

For now, he’s working on whatever elements of the open he can while he waits. “We’ve been picking away at smaller things that would have come later in the process, but we have the spare time now,” he says, adding that he’s been refinishing furniture as well as the building’s interior brick walls.

If social distancing restrictions continue for months, Schweighardt says it’s unlikely he will open Larry’s for takeout and delivery only. “When you’re opening a business you want it to have a punch,” he explains. “And so much of what I want it to be is for people to be coming in and hanging out in the space.”

He’s heard that building permits are beginning to be issued again, which he hopes will allow him to move forward with plumbing and other major elements of the construction in the coming weeks. “My goal is that when the gates do open again for restaurants and cafes that I’ll be ready to open, too,” says Schweighardt.