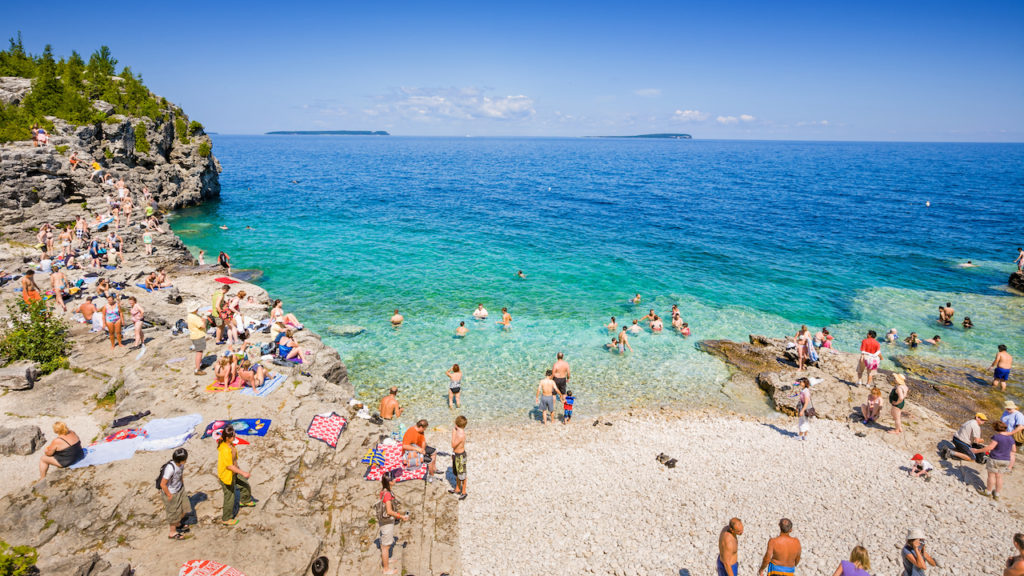 It’s time to add these Ontario destinations to your bucket list! Trade in a plane ticket for a road trip and explore these Ontario towns that will make you feel as though you’re in Europe. From beautiful coastlines to stunning architecture, rolling vineyards to tranquil green spaces, Ontario is filled with beautiful towns that are steeped in a European way of life.

Bruce Peninsula: The Positano of Ontario

Transport yourself to the stunning coastline of Positano by heading to the breathtakingly beautiful Bruce Peninsula. With both destinations characterized by stunning coastal cliffs and crystal clear waters, you’ll feel that Positano feeling as you hike and swim along the Grotto — one of Mother Nature’s crown jewels. With the turquoise water, intricate cave structures and surrounding greenery, it’s no wonder that the Bruce Peninsula National Park is one of Canada’s premier destinations.

Niagara-on-the-Lake: To Tuscany with love


Like Italy, we love our wine — and take pride in it. Tuscany is one of Europe’s most prolific and well-known wine regions, and in Ontario, Niagara takes that honour. Niagara is the largest and most diverse wine region in the province with an environment and landscape that is perfectly suited for growing different grape varieties. Tuscany and Niagara share similarities that promise to fill your glass — and satisfy those wine-loving taste buds.

Take a stroll through the picturesque streets of one of the prettiest towns in Ontario and stay a night or two at 124 on Queen Hotel, located in the Old Town. And if you visit this summer, you’re in luck — you can grab tickets to a play or two at the Shaw Festival in town. When you’re done, rent a bike and take a tour, where you’ll feel like you’re rolling through the Tuscan countryside.


With an economy centered around tourism, the Blue Mountains region resembles Finland and other Nordic countries. Nowhere is that more clear than in the parallels seen in the charming nature of The Blue Mountains village, the skiing culture and the Scandinave Spa.

The spa is heavily influenced by Scandinavian wellness practices, with a huge emphasis on hydrotherapy, an age-old Finnish tradition. And with Finland holding the title of the happiest country in the world, hopefully some of that Finnish joy will rub off on you while you’re there!

Paris: A namesake for the sake of it


Named one of the prettiest towns in Ontario, Paris resembles its French counterpart in more than name alone. Though missing the iconic Eiffel Tower, Ontario’s Paris is filled with incredible architecture — and has been known as the Cobblestone Capital of Canada. With cute cafés, bakeries and an amazing chocolate shop, the food scene in Paris is fit for any foodie. Catch the sunset over the faux waterfall at Penman’s Dam, take a tour of the endless cobblestone streets from the 1800s and enjoy the Paris Drinks Fest in August. 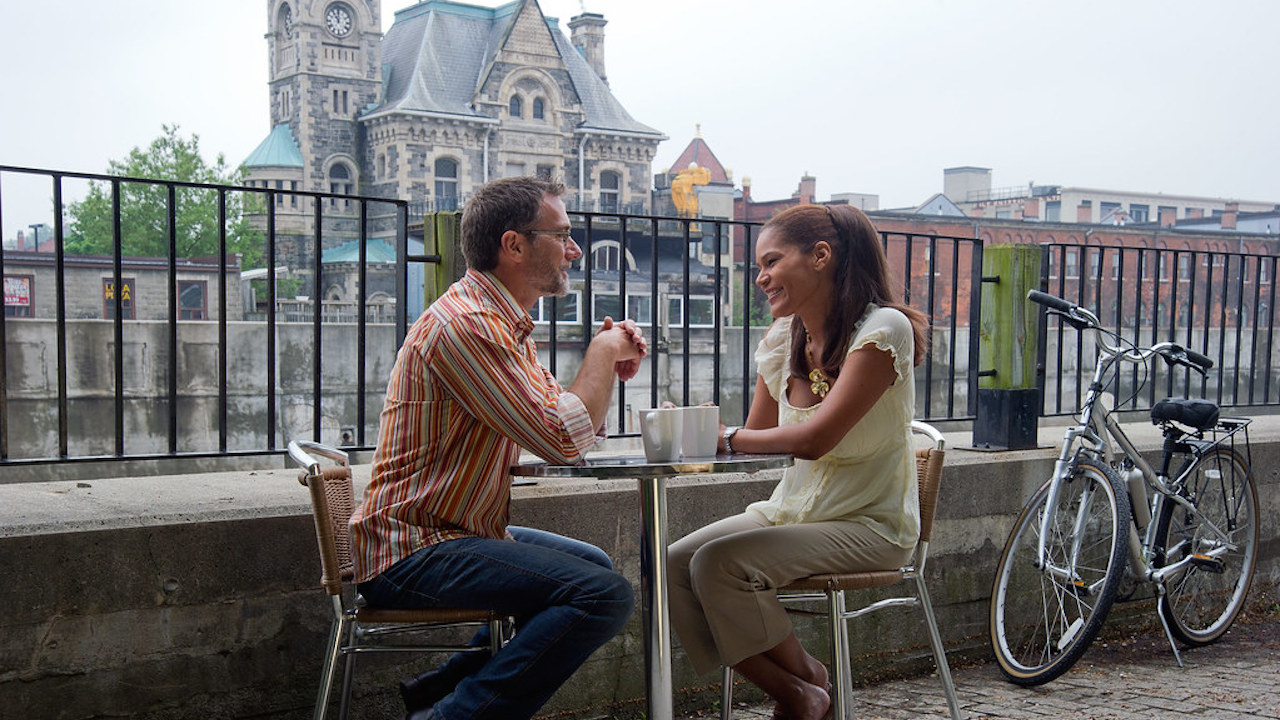 Quaint old charm characterizes the small town of Cambridge. With historic buildings like the Galt Post Office and the architecture along the Grand River known for its incredible scenery, you’ll feel like you stepped into the past — or maybe right into the Cotswolds! Contributing to the Old World vibe that England is known for, Cambridge’s weekend farmers market is the oldest in Canada, dating back to 1830. Old English Tudor-style buildings stretch along the oldest streets, with the Black Badger pub offering an authentic British pub experience.


Prince Edward County is renowned for Chardonnay and Pinot Noir — wine that you’ll also find in the Burgundy region of France, where similar styles of wine are produced. Chablis, which closely resembles Chardonnay, flourishes in this region due to the cooler climate. But wine aside, there’s plenty to enjoy, from local art at the Sidestreet Gallery and antiques at Dead People’s Stuff Antiques. Visit Sandbanks Provincial Park for a bit of rest and relaxation worthy of a vacation in the French countryside.

Fergus and Elora: paying homage to the Scottish heritage


Covered in stone, the Elora village consists of 19th-century limestone architecture — which was built by Scottish stonemasons. Many of the historic structures remain to this day, repurposed as small shops, restaurants and galleries. Wandering through the village will feel as though you’re wandering through the historic towns of Linlithgow or Dunbar in Scotland.

If you’re truly looking for a Scottish experience, make sure to attend the Fergus Scottish Festival and Highland Games from Aug. 12 to 14 this year. With Celtic music, crafts, bagpipers, drummers, bands, highland dancing, storytelling, singing and more, the annual three-day event is the place to be.

For the true theatre aficionados, make sure to check out the Stratford Festival for stunning performances of Hamlet, Little Women and Richard III this season.


Every spring, the Canadian Tulip Festival celebrates the royal gift of tulips from the Dutch, which were sent to Canada to honour the role Canada played in the liberation of the Netherlands during the Second World War. These tulips can be seen in Commissioners Park — where the festival is held — and throughout the rest of the city, brightening the city in the ways of the Dutch.

Although the tulip festival finishes in May, there’s still plenty to enjoy in the summer. To embrace that European atmosphere, bike along the Rideau Canal with the flower fields as your backdrop, and you’ll instantly feel as though you’re biking through Amsterdam. Enjoy a standup paddle boarding or boat tour along the Gatineau River in Ottawa, and you’ll believe you’re taking a tour along Amstel River and taking in the sights of the capital of the Netherlands. 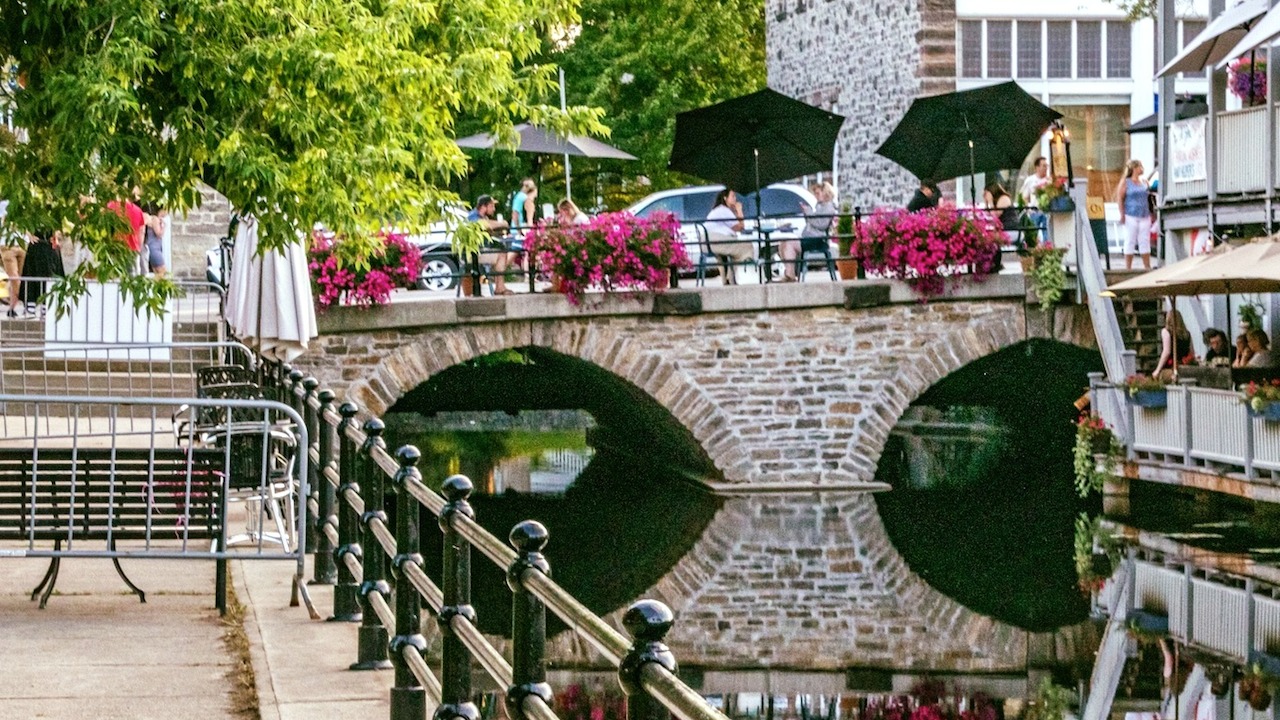 Nineteenth-century stone buildings, cute boutique shops and tranquil green spaces make up this small town, which was originally a military settlement in the early 1800s. Paying homage to this Ontario town’s heritage, Perth still carries the influence of its past Irish settlers.

With beautiful green space surrounding the small town, driving the backroads will feel like you’re driving through the rolling landscape of Ireland. Shop within Code’s Mill for a charming selection of shops and restaurants, or stroll through the enchanting Stewart Park for a picnic.