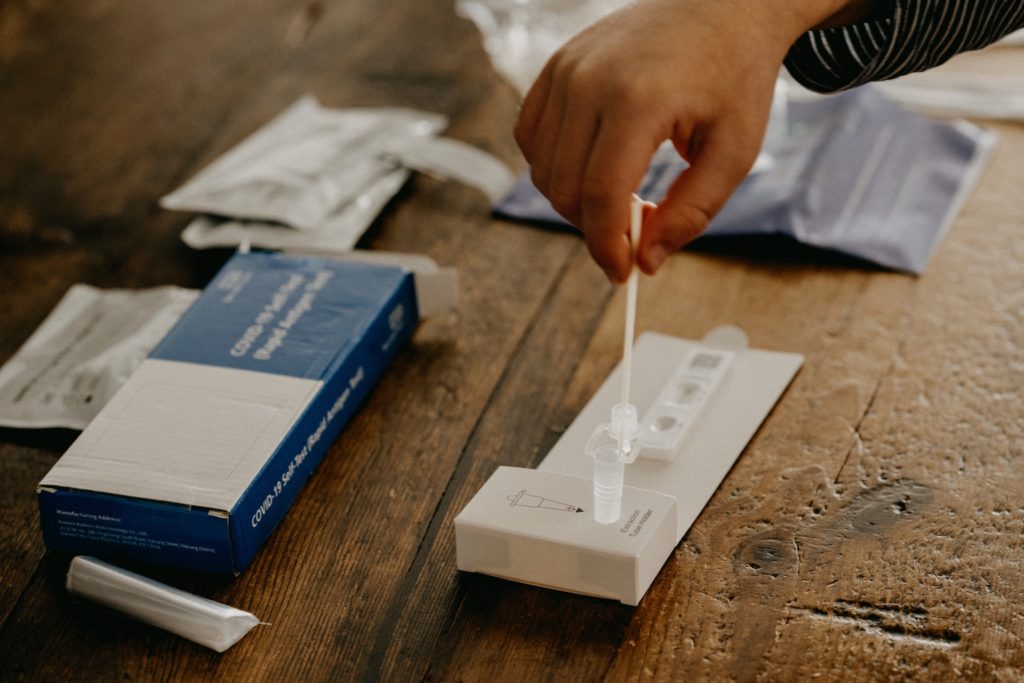 With a scarcity of tests available and Ontarians desperate to get tested before holiday gatherings, a few people have been caught online trying to resell their free COVID-19 rapid antigen tests for a quick buck. After catching wind of the scheme, the Ontario government announced they’ll be “tracking” down individuals, businesses and corporations attempting to resell tests.

The provincial government began distributing over 45 million rapid tests to workplaces, hospitals and the general public for free in the past week after cases surged in the province. However, many who have tried to get their hands on one of these free tests in recent days have experienced long lineups at LCBOs, local transit stations and malls with no promise of coming out hands full.

Until recently, Ontarians had to purchase rapid antigen tests at their local Shoppers Drug Mart, retailing at about $40. Certain organizations could apply for free rapid antigen tests through the provincial government, with students and staff at public schools being among the lucky few to get their hands on the gold mine of nasal swabs and COVID-19 detecting solution.

And just like the hard-to-come-by toilet paper rolls and Lysol wipes of COVID-19 waves past, hoarding free tests and reselling them at massive profits has become the latest trend in pandemic-era.

People were spotted re-selling rapid antigen tests on sites like Facebook Marketplace and Kijiji, some even citing their product hook-up as their child’s school. Someone even posted the same rapid test kit being distributed by the province on TikTok with the caption, “Just made 200 bucks,” and, “thx Ontario lmao.”

The Ontario Government recently spoke out about this new trend, promising to track down individuals or companies who try and sell tests online for exorbitant prices with threats of fines and even jail time.

Minister of Government and Consumer Services Ross Romano released a statement noting that he’s asking major retailers, including Amazon, Craigslist, eBay and Kijiji, to turn over any information about the reselling of rapid tests on their platforms to the Ontario police.

Today I sent a letter to major online retailers & marketplaces to ask for their help as our government tackles the resale of rapid antigen tests at outrageous prices.

Individuals caught reselling tests could be fined from $750 up to $100,000 and company directors could be fined up to $500,000. Fines for corporations could reach $10 million.

Currently, it looks like the ads that were littering the internet meres days ago have been taken down – searches for COVID tests on Facebook marketplace and Kijiji don’t turn up any results. But that doesn’t mean more might crop up as people get even more desperate to not only make a buck, but find a test as the holidays quickly approach.

As the government works on a strategy to get more supply out to the public, the safest thing to do is to stay home if you are sick.