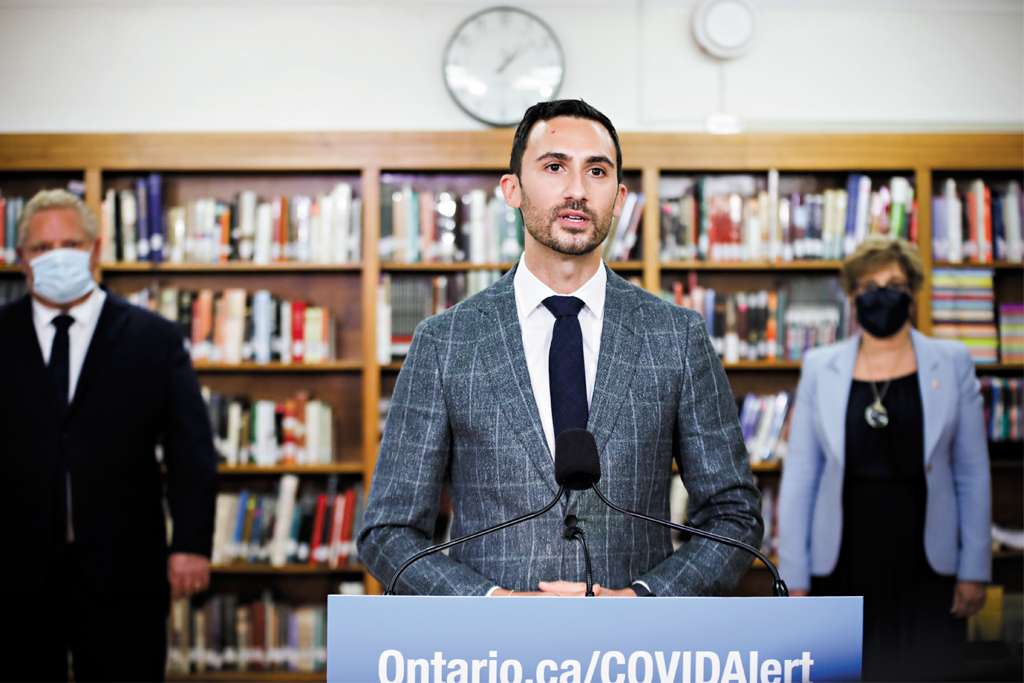 I have been looking for the right word to describe provincial decision making about public education in the pandemic. Wishy-washy? Muddled? Unfocused? Confused? Chaotic?

Whatever the word, most everyone will agree that it has been less than satisfactory. And it is not just a pandemic problem: the pandemic has simply thrown existing problems into high relief. This long-standing paradigm needs to be fixed.

The root of the problem is in the desire of the provincial government to control every aspect of public education. It does not simply wish to set the parameters within which local education will function. It wants to set the precise manner in which it will be delivered. It is attempting to be a manager from two miles up in the sky, and it then blames any shortcomings on those closest to the ground, on the very people who have not been allowed to manage the situation: confusion and chaos.

When the Toronto education staff said they wanted to have smaller class sizes — 15 was the number proposed — the province said that would not be allowed. The province would determine class sizes, not the local board.

The local board might want to hire more support for teachers, but the province said that was not allowed. It would determine how many adults would be available to support students.

The Toronto board has asked for funds to keep buildings in good repair, citing a repair deficit of $3.5 billion. Sorry, the province said, we have provincewide standards about how much can be spent on building repair and that’s not about to change just because Toronto has older buildings that are falling apart.

These issues are made more difficult since the governance structure of the public education system in Toronto is severely damaged. Premier Mike Harris reduced the number of trustees to 25 more than 20 years ago and cut their compensation to a pittance. These 25 very part-time trustees are responsible for almost 600 schools, with some 250,000 students. How can 25 trustees provide effective governance with that kind of workload?

The impact of these changes on students, teachers and parents is substantial. Parents have a very difficult time trying to ensure education is tailored to local needs.

This provincial interference is not limited to the public education file. It extends to virtually all local services, although the impacts on the city have received much more attention.

The problems in public education — the public system, the Catholic system, French schools — are no different than the problems in other local services. They need to be fixed in exactly the same way — with an agreement between the province and Toronto District School Board, etc., about the authority of the local board to manage public education independently, within the ambit of general provincial policy. The TDSB needs to re-assume control of education financing, which Mike Harris seized, returning Toronto to the position of having one of the best education systems in North America. Parents can then have a strong say on how local schools can function for the benefit of their communities.

The agreement between the local boards and the province should be then submitted to the federal government for approval under Section 43 of the Constitution Act, requiring only a majority vote of the House of Commons and the Senate, which would assure that the province could not change these powers unilaterally.

It would be an agreement for schools in Toronto that would again make education something delivered locally, and we could stop having to teach students about the political meaning of chaos, wishy-washy, muddled and confused.