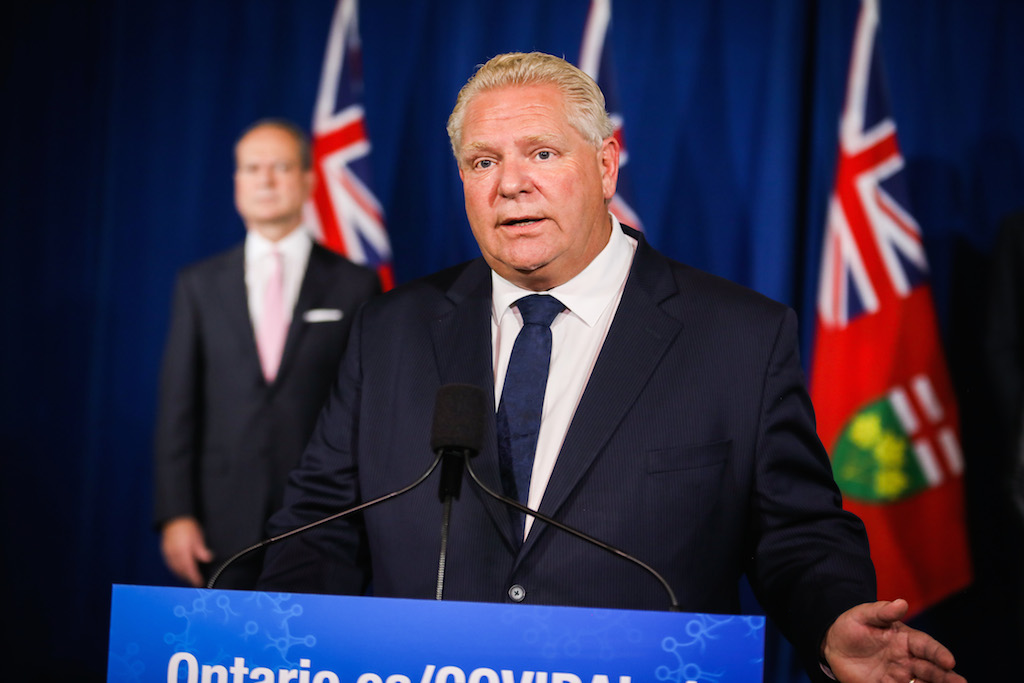 On Oct. 16, Ontario reported an increase of 712 confirmed cases and nine new deaths in the province, although there was a higher amount of resolved cases (713). Friday’s number is also a decrease from the 783 cases logged the previous day.

The majority of cases are located in the usual hot spots:

Last Saturday, to help curb the spread of the virus, the province imposed new restrictions in Toronto, Ottawa, and Peel Region, including prohibiting indoor dining at restaurants and bars and closing gyms, movie theatres, and casinos. These modified Stage 2 measures will remain in effect for at least 28 days.

Meanwhile, York Region has been reporting an average of 76 new daily cases of COVID-19 over the last week (with 127 new cases recorded on Thursday — the third highest in Ontario on that day).

York Region will move into a modified Stage 2, effective at 12:01am Monday morning. The restrictions will remain in place for the next 28 days.
Premier Doug Ford: “I hate doing this” but he says the case numbers and other indicators are up.

At his daily press briefing on Friday, Ontario Premier Doug Ford announced that, effective Monday, York Region will move into a modified Stage 2, meaning gyms, indoor dining rooms, and movie theatres will be closed in that region for a minimum of 28 days.

“By all accounts, the indicators are going in the wrong direction. We’re seeing a rapid increase on the rate of infection with the positivity rate of 2.77 per cent above the high alert threshold of 2.5 per cent cases per 100,000,” Ford said at Friday’s press conference.

Ford added that, similar to what Ontario has seen in its worst hot spots, what is most concerning of all is that critical care admissions are reaching “alarming levels.”

Critics quickly took to social media, some questioning how, for example, closing gyms in York Region would help curb the virus, and others questioned whether the numbers justify the new measures.

“I would really like to see the data that the gyms in York Region are part of the problem! The gym I belong to is practically empty and I have never seen a cleaner place and everyone masked, following the rules laid out,” one user said.

I would really like to see the data that the gyms in York Region are part of the problem! The gym I belong to is practically empty and I have never seen a cleaner place and everyone masked, following the rules laid out.

Everyone is just gonna leave York region to go where stage 3 is, they’ve already done it with Toronto and Ottawa