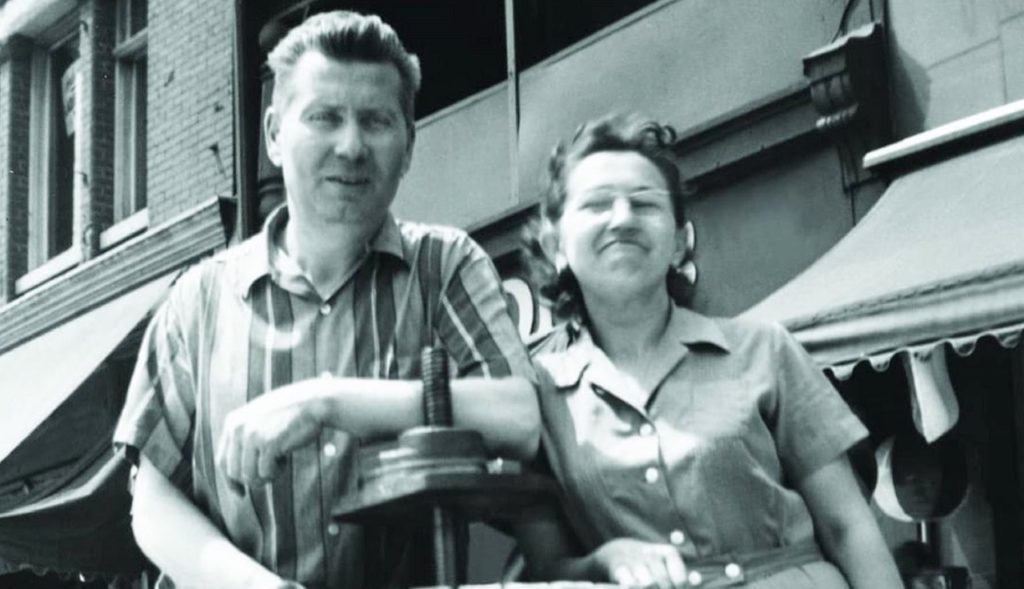 As you can tell by its name, Kensington Market Street Food is all about celebrating the history, ethnicity and great flavours of Toronto’s favourite cultural food market.

When Andrew Menceles’ family emigrated from Hungary to Canada in the late 1950s, plenty of other European families were doing the same. In 1959, his parents opened Fortune Housewares, Canada’s first dedicated kitchenware store, where they imported products that were not found anywhere else in the country. Located on Spadina, this houseware store was just a street away from Kensington Market.

“Kensington Market is kind of in my DNA,” Menceles says. His company JAM Brands, sister to PB Brand Inc., owns various trademarks and he one day realized the market would make a great food brand.

“The market has a really great history of ethnicity. So many different types of ethnic groups have circulated through Kensington as they arrive in Toronto,” Menceles says.

Unlike most food brands, Kensington Market Street Food doesn’t focus solely on one food type, like dairy or meat products, and then build the brand from there; here the brand is the Market and includes a whole range of products. Kensington Market Street Food began with condiments and dressings like the Sriracha Caesar dressing and a savoury signature chunky ketchup. The company than evolved to produce soup products like the spicy bean and veggie soup, made with jalapenos.

Later this month, the brand will be launching dark and medium roast coffee, roasted right here in Toronto.

Be sure to keep an eye on Kensington Market, because by the new year, Menceles expects to additionally be marketing salty snack products like tortilla chips.

“It lends itself to all kinds of different things, which makes it a lot of fun for us because anything can happen. We can find new ideas, as long as they fit,” Menceles says. “We’re ready to introduce more, it just has to be the right thing.”

Kensington Market Street Food aims to use local products manufactured in the GTA or Ontario, wherever possible.

You can find these products at roughly 100 independent stores, mostly in Toronto and the GTA. Soups can be found at Fortinos, while coffee, dressings and condiments can be found at a variety of different grocers, including Bruno’s Fine Foods, and Lady York Foods in North York. The dressings and soups will additionally be going into Whole Foods shortly.

Menceles plans to expand further beyond the GTA, though feels it is important to first establish that the brand is doing things properly and customers are responding well to their current products, flavours and prices.