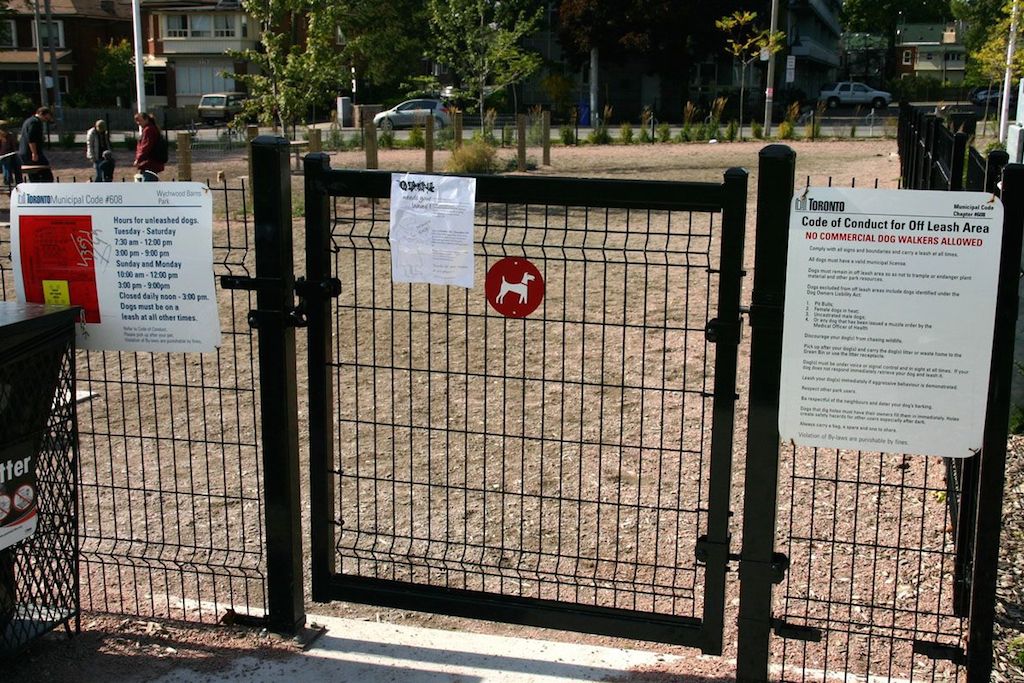 It appears as though a local resident took dog park patrolling to an entirely new level last weekend by actually attaching two cheap bicycle locks to the gates of the Wychwood puppy palace to keep canines out.

The issue came to light following a post on a local community Facebook group by Chris Quinn.

“I was walking my German Shepherd puppy, Chuck, on Saturday night (Feb. 29) and stopped by the Wychwood dog park to let him run around and wrestle with other dogs. I was surprised to see it was empty as I approached but when I got closer I saw why,” he told Post City. “Both gates had dollar store bike locks on them. At first, I thought maybe the city had closed it but there was no signage and they weren’t the locks you would see on park gates.”

The off-leash area is located at the Wychwood Barns Park near the corner of Christie and St. Clair. After the post circulated, the completely unconfirmed or corroborated consensus was that the locks were put on by a local resident who lives across the street and has been very vocal over her displeasure with the canine set in the ’hood.

“I posted on the community group to see if anyone knew what happened. Pretty quickly it was a clear and angry local resident had a habit of locking the park,” Quinn explained. “Even my wife had said that was likely who it was. She had been at the park with Chuck and the woman across the street in the condo building would play loud barking sound effects to bother the dogs.”

“It is tough for us since we don’t have outdoor space in our home so all the local dog parks are key to raising a happy healthy dog,” he said.

Quinn confirmed that he did not contact the city, but that the locks were already removed the next time he visited the park the following day.

One of the commenters on the original post confirmed that they had indeed cut the locks off, stating that “We live across the street, we brought over our pups and cut them off lol. Happy parking everyone!”

The city is currently studying dog parks, including public consultations, the results of which will be directed at improving Toronto’s existing 73 off-leash facilities.