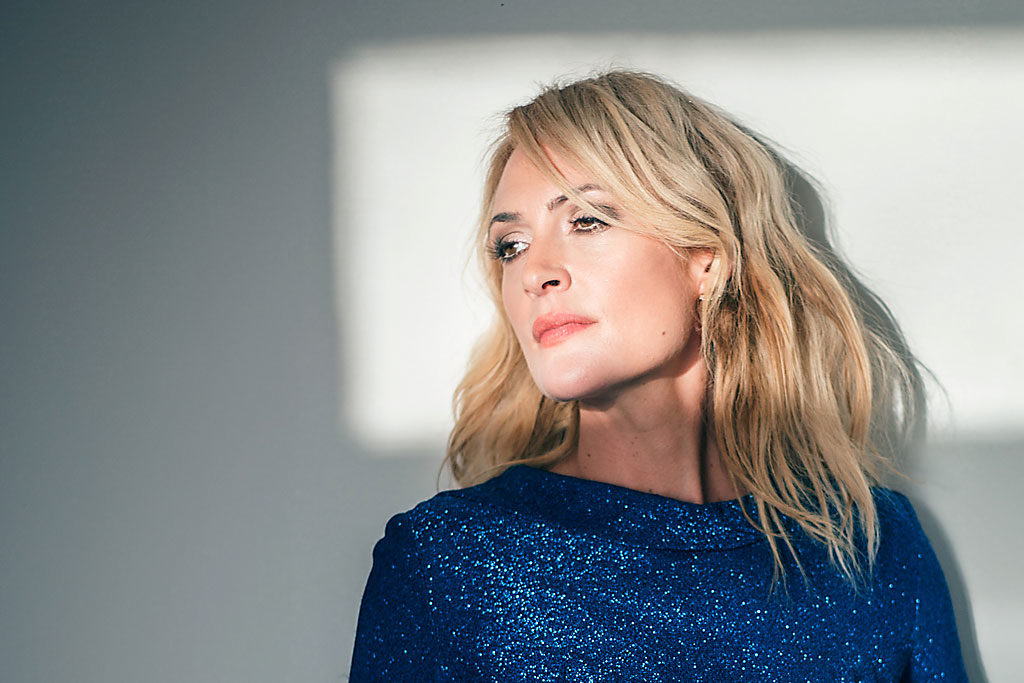 As the front person for Metric, Emily Haines has toured the world, playing the band’s big rock tunes in big rock venues. But there are many facets to this multi-dimensional artist, and once in a while, like a solar eclipse, we get a chance to get a look at another side through her Soft Skeleton project.

On Sept. 15, the Toronto artist releases Choir of the Mind, her second solo album on Last Gang Records, the follow-up to 2006’s critically acclaimed Knives Don’t Have Your Back.

It does appear that her solo projects tend to follow an intense period of work with Metric — in this case, at the tail end of a long album cycle for their 2015 release Pagans in Vegas in addition to her work on the latest Broken Social Scene record Hug of Thunder — when Haines has the opportunity to take stock and look back at the path taken.

As she explains, it’s never that simple.

“I wish that it could be as concrete and sound like I had control of it,” she says, on the phone while strolling through Trinity Bellwoods Park in the city’s west end.

“But it really did feel like all these things lined up like a planetary orbit to have me back in Toronto.”

Choir of the Mind has lyrical similarities to her previous work with themes around empowering women and exploring her own place in the world by revisiting the past. But it is far from Haines just using songwriting as a vehicle to work out her stuff, so to speak. There is intent.

“The songs have to be of value to whomever might listen to them, you know?” she says. “It’s not just for me to hash through stuff and slap a ‘deal with it’ sticker on it. I’m looking for where the threads are that will actually resonate with the people that have come along with us through time.”

Sonically, Haines was interested in pursuing something a bit more abstract — the ideal expression of herself as a sound.

“Because this album is so non-commercial, there is absolutely no pressure to accomplish anything in that spectrum, so I can just play around with being that sound,” she explains.

“In the studio, normally I’d hear things like countermelodies, arrangements, things to develop a song, like, ‘OK, that’s the guitar, that’s going to be the string section or the horn section.’ But I was, like, ‘Fuck it, I’m just going to sing this right now.’ And that was the best risk.”

The result is this ethereal blend of vocal layers that provides texture to her poetic songs and combines to provide a beautiful and emotional wallop.

In the studio, the songs were composed by Haines on a grand piano that dates back to 1850, gifted to the musician by the folks at Paul Hahn Pianos in Rosedale.

“Our control room at the studio was just transformed by the engineer, me and this gorgeous piano,” she says.

“It was like, how could this thing even be standing, it should have deteriorated from that time, like as old as Canada, give or take a few years.”

Haines will embark on a tour kicking off at a festival in Joshua Tree, Calif., including a Dec. 5 date at the venerable Massey Hall that will surely sell out if it hasn’t already.

In the meantime, she is already set to return to the studio to work on the next Metric album. And the cycle continues.