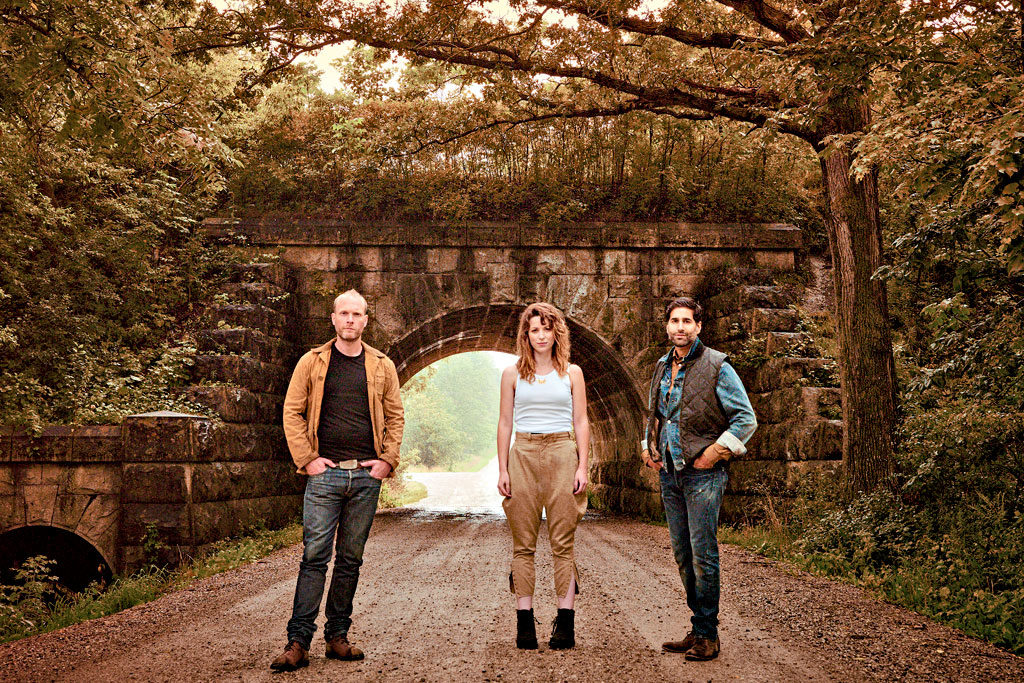 Rural Alberta Advantage’s (RAA) incredible drummer Paul Banwatt has this amazing story about playing a show with his old band Woodhands at the Brick Works in Toronto before the name Evergreen was added and it was transformed to a hip and happening family friendly destination.

Not only is the story a solid yarn, but it also speaks to how much that part of the city has changed.

The show was a multi-media festival turned rave with bands firing bottle rockets into crowds, floors covered with broken glass, and obscure acts playing in rooms hidden down treacherous alleyways.

“I remember wandering around, and all I can remember was this group of shirtless people roasting a pig in one of the kilns and just ripping meat off of it and eating it. It was just so savage and terrifying it was kind of amazing,” says Banwatt.

“At one point, the cops came, and literally two police officers showed up and opened the door and saw this chaos and just left.”

Although it’s hard to match that level of upheaval, RAA has undergone some serious change since its last album in 2014.

Gone is longtime band member Amy Cole, replaced by Robin Hatch. As well, singer Nils Edenloff saw his hometown of Fort McMurray, Alta., ravaged by flames during a devastating forest fire last year — an event chronicled in a couple of tunes including the lead single “Beacon Hill” off the band’s new album, The Wild, released on Oct. 13.

“We always take a long time, and we never plan to. It just sort of happens, but this one was no different,” says Banwatt, who says the addition of Hatch really helped the band get its groove back and finish The Wild.

RAA began with Banwatt and Edenloff hosting weeks of basically empty open-mic nights at the former Winchester Tavern in Cabbagetown, which gave them a lot of time to hone their unique high-energy roots rock.