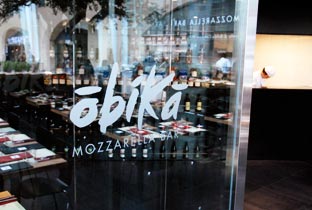 After a much-anticipated opening in Toronto a few years ago, Obikà Mozzarella Bar at Brookfield Place appears to have closed. The restaurant, known for its menu of Italian cheeses and other fare, expanded to Toronto after becoming a hit in cities such as Rome, Tokyo, New York and Los Angeles.

We weren’t able to reach anyone at the restaurant directly, but a notice of lease termination dated Oct. 15 has been posted there, and Obikà’s Toronto website is no longer active.