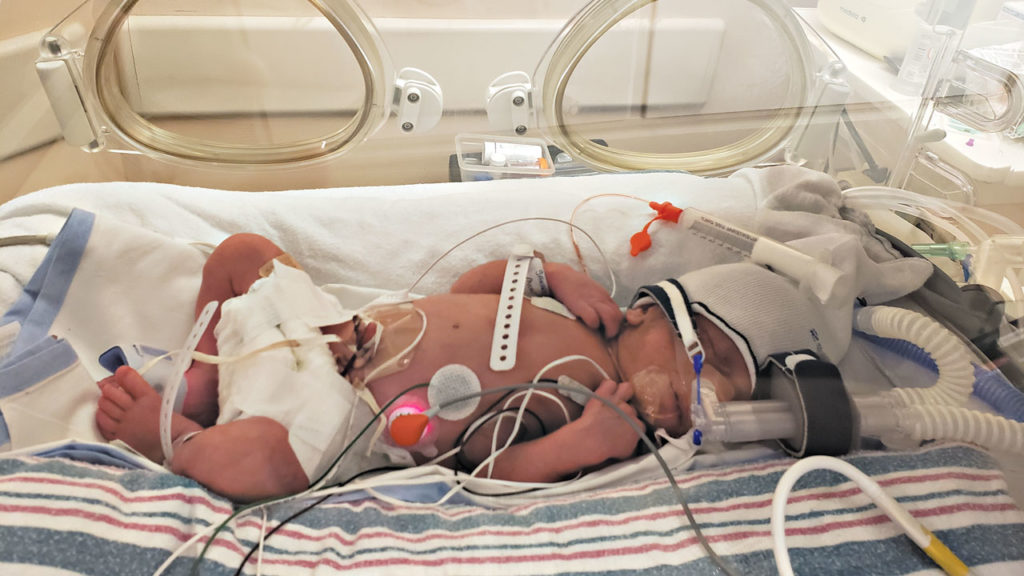 In March, Chrysoula’s joy of having a second child turned to worry, as she felt sharp pangs in her stomach in her 30th week of pregnancy. She was rushed to North York General Hospital (NYGH) where it was confirmed that she was in pre-term labour.

She was terrified, wondering if her baby was going to be safe arriving so early. But her worries were reassured by the doctors and nurses at NYGH who stood by her side to provide urgent care. After a few harrowing hours and a C-section, Apollo was born.

However, birth was only the first obstacle Apollo would have to face in his first few weeks of life. Apollo spent the next 44 days in the Neonatal Intensive Care Unit (NICU) at NYGH with tubes and machines helping him take every laboured breath.

COVID-19 was surging in the city with strict hospital protocols. Only one parent could stay with Apollo at any time and no extended family was allowed to support the new parents. Chrysoula had to isolate herself, screening for COVID-19 every day as she visited her son.

At this difficult time, the doctors and nurses cared not only for fragile Apollo, but also doubled as a support system for the family. They would comfort Chrysoula when she was overwhelmed watching her infant fight to get healthy and would patiently respond to her husband’s queries about Apollo’s progress. Due to the care team’s tireless efforts after almost 7 weeks in the NICU, Apollo finally emerged as a graduate.

Chrysoula knows that the exceptional care Apollo received in those first few weeks at NYGH is the reason he survived, and the care he continues to receive will help him have a healthy life.

This Giving Tuesday and holiday season consider a gift to North York General Hospital to help ensure other infants like Apollo are given the chance to live. Your donation will make a world of difference for the many families in the diverse communities that the hospital serves.